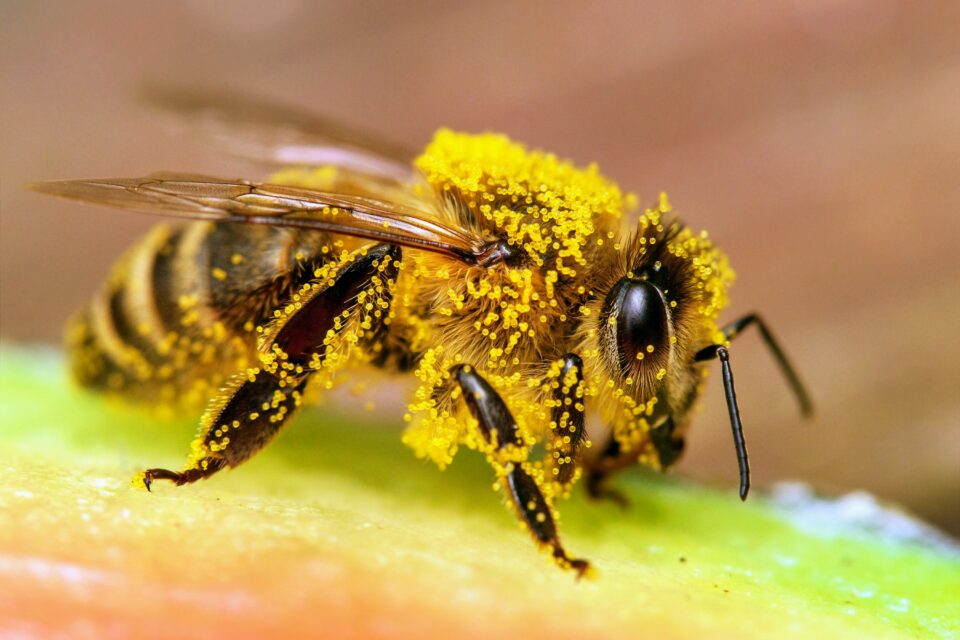 Most apiculture enterprises in Europe make use of honeybees from only a small number of strains. These are the strains that exhibit characteristics making them suitable for beekeeping and honey production. Wild honeybee varieties, in contrast, are left to their own devices. Until recently, it was considered unlikely that any native, wild-living honeybees would be found surviving in Europe at all.

However, a new study published in the journal Biological Conservation confirms that in Galicia, NW Spain, the native subspecies Apis mellifera iberiensis is alive and well, and making good use of hollow power poles.

Biologists Benjamin Rutschmann and Patrick Kohl from Julius-Maximilians-Universität Würzburg (JMU) in Bavaria, Germany, were alerted by their colleague, Alejandro Machado, to the presence of swarms of honeybees living inside hollow electricity poles in the Galicia region, and apparently thriving there. The two doctoral students from the JMU Chair of Animal Ecology and Tropical Biology started their two-year field study in Galicia, in October 2019, by searching a 136 square kilometer area for bee colonies living in hollow power poles.

“We discovered 214 poles,” said Rutschmann. For each one, the researchers checked if a honeybee colony lived inside. “In the first year of our investigation, we found 29 colonies.” On a second visit in March 2020, they found that 17 of these colonies had survived the winter – “even though they had neither been fed nor treated against parasites.”

Initially, the researchers suspected that the wild-living colonies contained bees that were feral descendants of the foreign strains imported for beekeeping purposes. In Germany, according to Rutschmann, the native honeybee subspecies (Apis mellifera mellifera) was displaced in this way a long time ago by imported subspecies, primarily by the Carnica bee (A. m. carnica).

But by analyzing wing venation patterns the JMU researchers discovered that all the colonies living in the power poles were members of the Iberian honeybee subspecies, Apis mellifera iberiensis. This subspecies has potentially existed alongside honeybees introduced from other areas all along, although its status in the rest of Spain is not known.

“Whether the population under study can be stable in the long term, however, must be shown by further years of observation,” said Kohl.

“After two years of study and a total of 52 observed bee colonies, we see that around 40 percent of the colonies survive the winter,” said Alejandro Machado, who lives in the region. This is the first data ever reported on the survival rates of wild honeybee colonies in Europe.

According to the study authors, both the initial occurrence and the subsequent winter survival of the colonies were positively correlated with increasing proportions of wood- and shrubland in the surroundings in both study years. Bee colonies in power poles surrounded by shrubland, heathland or forests had a better chance of surviving through winter than colonies in poles surrounded by intensively cultivated fields.

These findings highlight the importance of semi-natural habitats for the conservation of wild-living honeybees.

“It was this stark contrast between quasi-nature and agricultural desert that made it possible for us to realize that the landscape context plays such an important role in the survival of honeybees,” said Rutschmann.

The study shows that the presence of near-natural landscape features, such as hedgerows and shrublands is crucial for the conservation of remaining wild honeybee populations. Restoration of these features will be a step towards ensuring that indigenous honeybees survive into the future.

“Without sufficient nesting and feeding habitats, even the banning of pesticides or the halt of climate change will not help insects,” concluded Kohl.