Vesuvius eruption was so hot it caused people’s skulls to explode • Earth.com 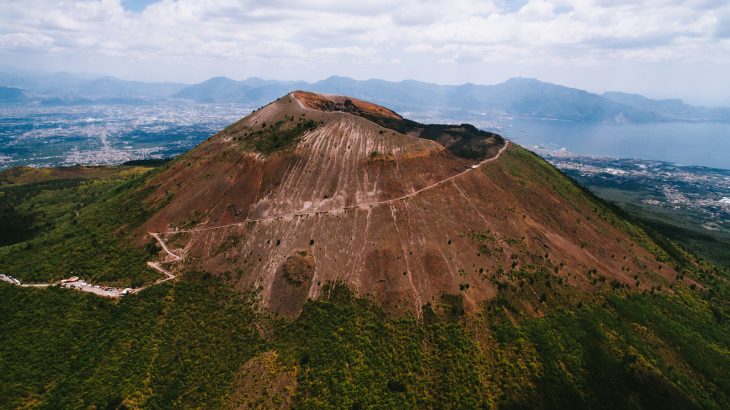 However, preserved skeletons from Herculaneum, a town closer to Vesuvius than Pompeii, show that the steam and ash from the eruption were so hot when it reached the settlement that it vaporized blood and soft tissue, instantly burning the flesh right off the body.

In Pompeii, the ash and steam had had some time to cool and so the soft tissues decayed naturally overtime inside layers of volcanic ash.

Researchers from the Federico II University Hospital made the remarkable find by closely examining skeletons uncovered from waterfront chambers in the ancient city of Herculaneum.

The researchers published their findings in the journal PLOS One.

Vesuvius is still considered one of the world’s most dangerous volcanoes, and when it erupted in 79 AD, it spewed ash and gas as high as 21 miles into the air and created huge waves of lava, ash, and steam that overtook the surrounding settlements like Herculaneum and Pompeii.

In the town of Herculaneum, excavations have revealed that hundreds of people took shelter in 12 waterfront chambers along the beach and were killed instantly when the ash and steam filled the town.

The researchers examined these preserved skeletons, making note of how the ash had filled the skulls and analyzed the red and black mineral residue that covered the skeletons.

Upon further inspection, the researchers discovered that the unusual mineral residue likely came from the vaporized soft tissue and bodily fluids of the Herculaneum residents.

According to the researchers, the temperatures would have been so high in the waterfront chambers that it boiled the blood, caused skulls to explode, and vaporized flesh.

“An extraordinary find concerns skulls filled with ash, which indicates that after evaporation of the organic liquids the brain was replaced by ash,” the team wrote. “The presence of such an ash cast in all victims, even those showing minor heat effects, provides evidence that the S1 surge was sufficiently hot and fluid to penetrate the intracranial cavity soon after soft tissues and organic fluids disappeared.”

According to Newsweek, the study is the first of its kind to find experimental evidence of rapid vaporization of body fluids and soft tissues.

The research has important implications for the six million people that live in close proximity to Vesuvius, a volcano still closely watched and which could erupt again.

“This kind of field and laboratory studies are of great importance not only from the point of view of a historical and biological reconstruction of the Roman age populations, but also because [they] provide fundamental information useful for the assessment of volcanic risk in densely populated areas,” Pierpaolo Petrone, the leader of the research, told Newsweek.