Viruses have “eyes and ears” on their hosts • Earth.com 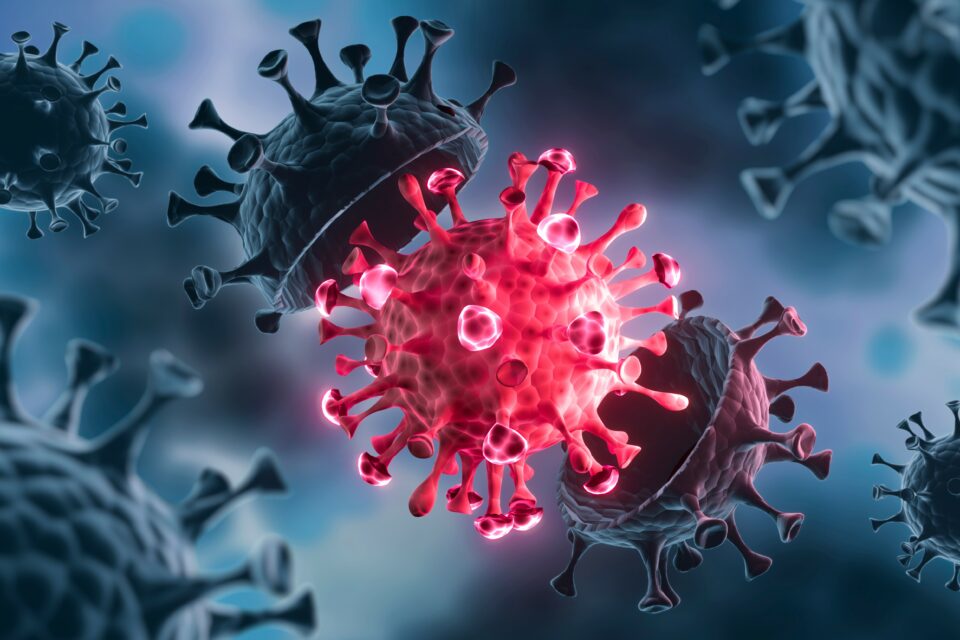 A new study led by the University of Maryland, Baltimore County (UMBC) has found that many viruses are using information from their environment to “decide” when to sit tight inside their host organisms and when to multiply and burst out, destroying the host cells. These findings add a new layer of complexity to our understanding of virus-host interactions, and may have future implications for the development of antiviral drugs.

The scientists focused on bacteriophages, or viruses that infect bacteria (often referred to as “phages”). These phages can only infect their hosts when the bacterial cells have specific appendages – called pili and flagella – that help the bacteria move and mate. The generation of these appendages is controlled by a protein the bacteria produce, called CtrA.

Surprisingly, the researchers discovered that many appendage-dependent phages have patterns in their DNA where the CtrA protein can attach (the so-called “binding sites”). Detailed genomic analyses revealed that these binding sites were not unique to a single phage or group of phages: many different types of phages had CtrA binding sites. According to study senior author Ivan Erill, a biologist at UMBC, the ability to monitor CtrA levels “has been invented multiple times throughout evolution by different phages that infect different bacteria.”

An example on which the scientists focused involved a group of bacteria called Caulobacterales that exist in two forms: a “swarmer” form in which they swim around freely, and a “stalked” form in which they attach to surfaces. While the swarmers have pili and flagella, the stalks do not. Thus, since the phages can only infect swarmer cells, it is in their best interest to burst out of their host when there are many swarmer cells available to infect.

“We hypothesize the phages are monitoring CtrA levels, which go up and down during the life cycle of the cells, to figure out when the swarmer cell is becoming a stalk cell and becoming a factory of swarmers and, at that point, they burst the cell, because there are going to be many swarmers nearby to infect,” Professor Erill explained. In other words, phages are “using cellular intel to make decisions, and if it’s happening in bacteria, it’s almost certainly happening in plants and animals, because if it’s an evolutionary strategy that makes sense, evolution will discover it and exploit it.”

“Everything that we know about phages, every single evolutionary strategy they have developed, has been shown to translate to viruses that infect plants and animals,” he added. “It’s almost a given. So if phages are listening in on their hosts, the viruses that affect humans are bound to be doing the same.”

According to Professor Erill and his colleagues, these fascinating discoveries could open up new therapeutic pathways. “If you are developing an antiviral drug, and you know the virus is listening in on a particular signal, then maybe you can fool the virus,” he concluded.