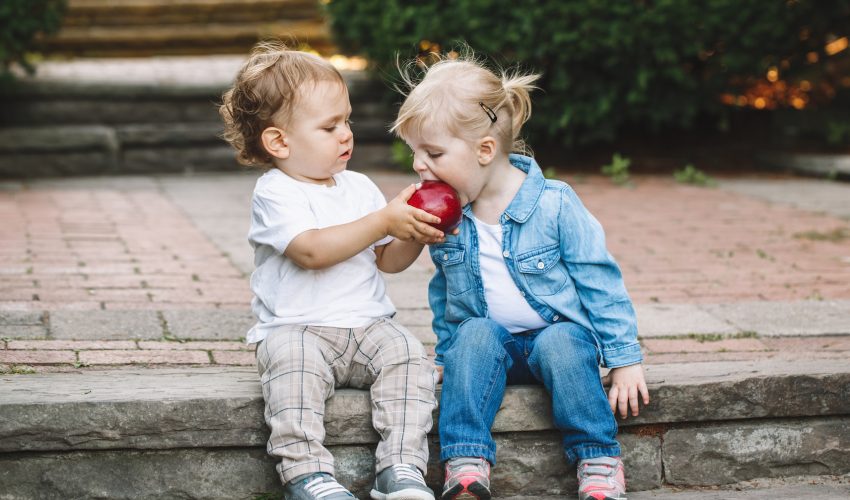 If you’ve been alive for even a few years you’ve probably heard the phrase, “it’s better to give than to receive,” but is that true? Scientists recently published a study in Frontiers in Psychology that examined the emotional benefits of sharing in a group of preschool children in China.

Led by Dr. Zhen Wu, the researchers used positive facial expressions as a measure of happiness and compared these expressions in 3- and 5-year old children who performed a sharing task. This task consisted of sharing stickers with their peers – an activity we probably all enjoyed at one time.

“So, it seems that the motivation to give does count,” says Dr. Wu, “and it also suggests that it is unrealistic to expect a very young child to share under pressure and be happy about it!”

This study is the first evidence that sharing under social norms is not as emotionally rewarding as sharing voluntarily. The researchers believe this understanding might help preschool teachers determine how they should encourage sharing in their students.

However, Dr. Wu also says there are some things to be aware of with this study, “for instance, it is difficult to entirely rule out the influence of social norms even in the voluntary giving mode. The giver might have felt pressure to give even when told they were not obliged to.”

Ultimately, the researchers would like to extend this study to determine how one act of generosity promotes happiness that may in turn lead to another act of generosity. The emotions that connect and drive these behaviors are deeply rooted within our psyche, further insight into how they determine our decision-making could be incredibly fascinating.