War In The Middle East Has Resulted In Huge Air Pollution Reduction • Earth.com 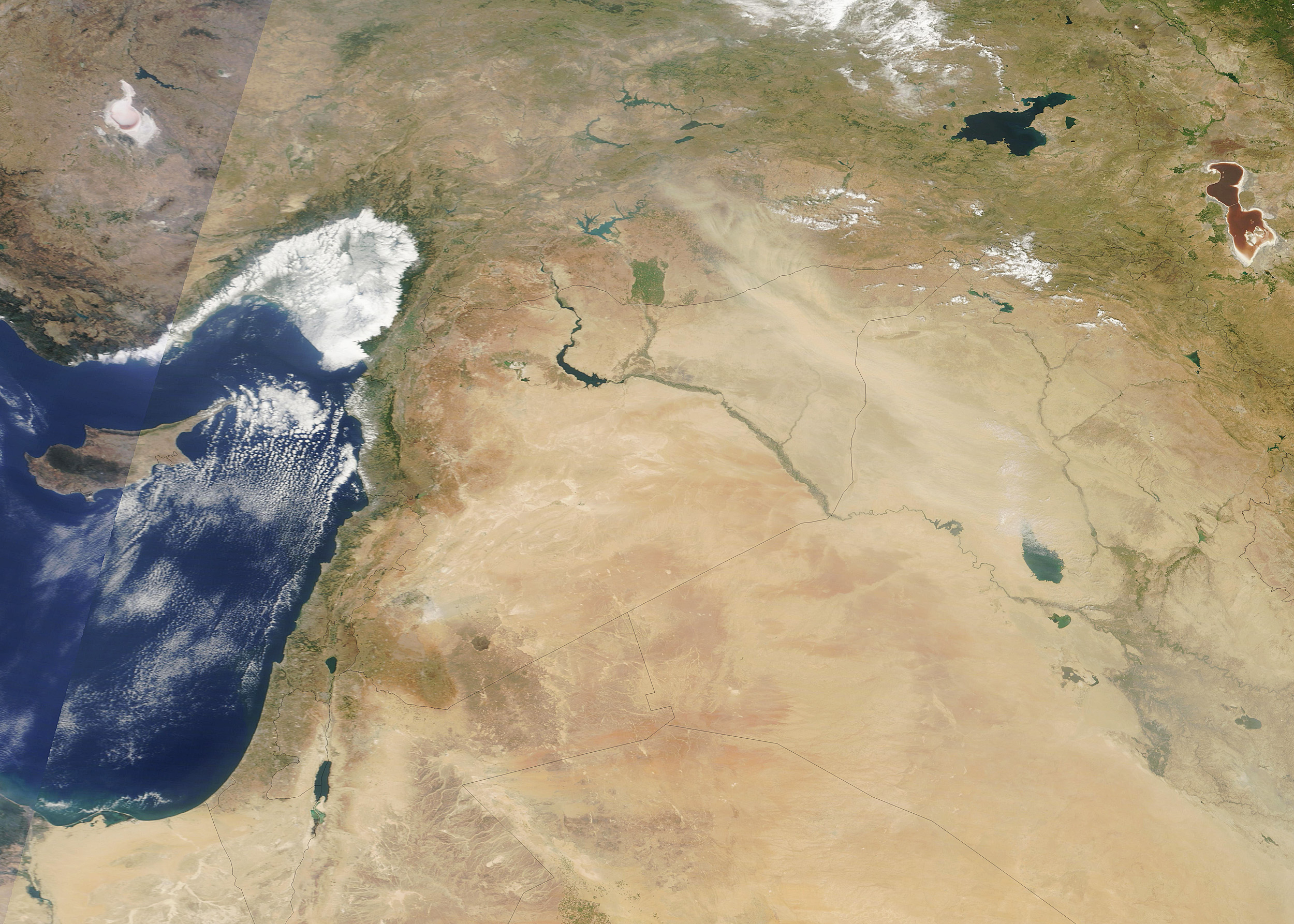 In Damascus and Aleppo, the Syrian civil war has precipitated a 40 to 50 percent drop in NO2.

There are no silver linings in war. But there are byproducts, some of them positive. New research suggests one of those byproducts is cleaner air.

In the Middle East, a region rife with conflict, researchers found upticks in violence were correlated with huge air pollution reduction. In Syria, where civil war has driven thousands from their homes, nitrogen oxide levels have dropped dramatically.

Nitrogen oxides, like nitrogen dioxide, are are released into the atmosphere when fossil fuels are burned. They’re commonly measured by scientists as a way to track both economic activity and the effectiveness of air quality regulations.

As the new measurements show, economic activity has dwindled in Syria and Iraq as a result of the ongoing civil war and rise of the Islamic State. Similarly, economic sanctions in Iran have slowed the national economy — and nitrogen dioxide emissions — in recent years.

In Damascus and Aleppo, the Syrian civil war has precipitated a 40 to 50 percent drop in NO2.

“Analyzing the satellite measurements showed us that economic sanctions have had large effects in Iran since 2010,” researcher Jos Lelieveld said in a press release.

The new data — collected by NASA’s satellite Aura and analyzed by scientists at theMax Planck Institute for Chemistry in Mainz, Germany — stands in contrast to trends witnessed between 2005 and 2010, when economic growth in the region led to high levels of pollution.

“It is tragic that the negative trends we observe in nitrogen oxide emissions accompany humanitarian catastrophes,” Lelieveld said.

But the data — published in the journal Science Advances — is also educational, and may help scientists better predict how geopolitical events and economic trends will affect air quality and global emissions.

Previous emissions models have failed to account for mitigating effects of war and crisis.

“A combination of air quality control and political factors, including economical crisis and armed conflict, has drastically altered the emission landscape of nitrogen oxides in the Middle East,” researchers wrote in their new paper on the subject.

Meanwhile, emissions are up in Lebanon, where refugees from Syria have flooded in by the thousands.

And just because NO2 and other oxides are down in certain parts of the region, researchers say that doesn’t mean war is good for the environment. Experts say modern warfare leaves behind plenty of contaminants on the land and in the water.