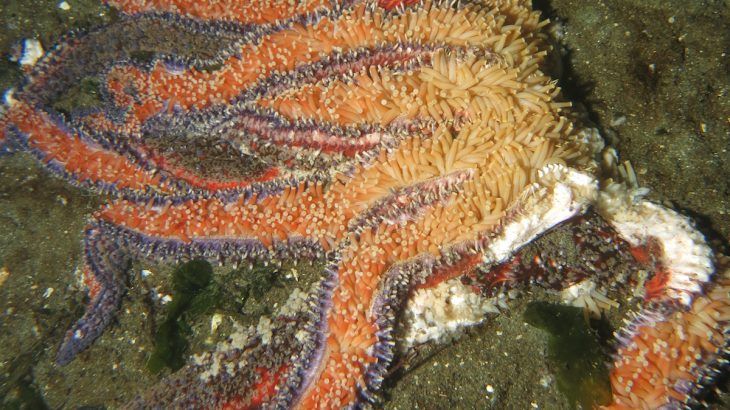 Now, the authors of a new study, put forth by the American Association for the Advancement of Science, have reported a link between the decline of sunflower star population within shallow waters and warmer sea surface temperatures.

The sea star wasting disease (SSWD) killed off a large amount of starfish along the west coast of North America, from Alaska to Mexico, between 2013 and 2015. The disease was carried by a sea star-associated densovirus and wreaked havoc in the intertidal zone. However, the effects of the North Pacific SSWD in the subtidal zone was unclear, except for the fact that scientists knew the sunflower starfish had dramatically declined in abundance.

Authors further predict, based on 8,968 bottom trawls from California to Washington from 2004 to 2016, that the sunflower star’s biomass in deep offshore water has decreased 100% between 2013 and 2015 within this region. This decline matched up with the timeline of abnormally warm sea surface temperatures.