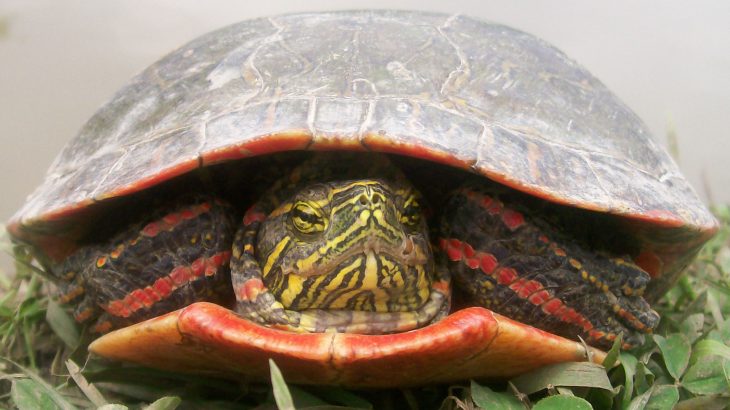 Climate change could drive painted turtles to extinction due to temperature-dependent sex determination, according to a new study.

Several species of turtles, lizards, and even crocodiles are sensitive to temperature changes while developing in the egg, and the sex of the offspring depends on how hot or cold it is during this period.

With painted turtles, warmer temperatures tend to produce more female offspring and can lead to entire nests being female.

A biologist from Iowa State University conducted a study to see how drastic temperature fluctuations would impact future hatchlings, and if climate change was a major threat to painted turtle populations by decreasing the number of males in the species.

Response to temperature varies depending on the population, the researchers found.

The team then exposed eggs to temperature fluctuations to get a better understanding of how real-world climate change and temperature variations will impact painted turtle populations.

Cooler temperatures that would normally lead to more male offspring still produced a disproportionate number of females with temperature fluctuations. When the lab temperatures were warmer and varied, the embryos died or continued to produce female offspring.

The results of the study are concerning as climate change studies project that temperatures will continue to rise and temperature fluctuations will get more severe.

“If what we found is generalizable to other species with temperature-dependent sex determination, this is bad news,” said Nicole Valenzuela, the leader of the study. “If an average increase in temperature is accompanied by greater variance, we’ll see populations becoming unisexual faster than anticipated. The greater oscillations add to the effect of just higher average temperature.”