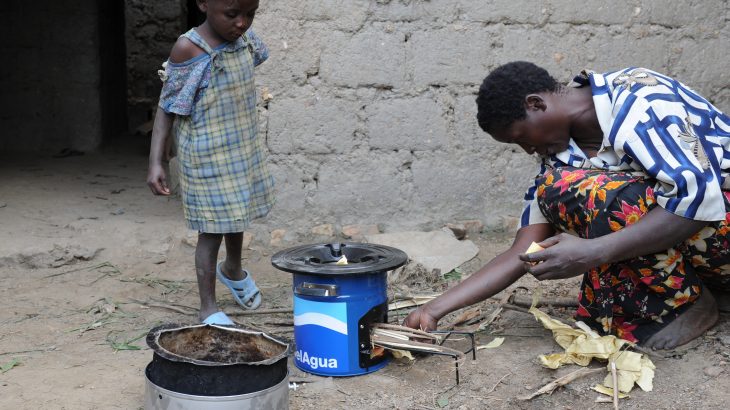 In Rwanda, a project to deliver water filters and portable biomass-burning cookstoves effectively reduced the prevalence of diarrhea and acute respiratory infection in children under 5 by up to 29 percent. The results suggest that this type of delivery system can provide a solution for rural populations that lack access to safe drinking water and that rely on traditional fire for cooking.

“Until now, there has been limited evidence of the effects when these products are delivered at scale,” said Evan Thomas, who is the director of the Mortenson Center for Global Engineering at CU Boulder. “The study demonstrates the viability of bringing water filters and cookstoves to vulnerable households and will help inform future national initiatives.”

Around 1.1 billion people do not have safe drinking water available, and more than one third of those individuals depend on open wells and untreated surface water. This water is often contaminated with human and animal feces.

Furthermore, cooking inside on an open-fire stove has been linked with pneumonia, low birth weight, and impaired development in children. Among adults, household air pollution is associated with pulmonary and cardiovascular disease. In addition, more than 80 percent of Rwandans rely on firewood as their primary fuel source.

“After neonatal disorders, pneumonia and diarrheal disease are the two leading killers of children under 5 years of age in Rwanda and much of sub-Saharan Africa,” said Professor Clasen. “The results of this randomized controlled trial provide strong evidence that effective interventions can be successfully delivered and embraced by a population at risk, even in remote rural settings.”

The investigation was focused on over 101,000 households including nearly half a million people from the poorest economic quartile of Rwanda’s Western Province. Each household was provided with a water filter and a high efficiency portable wood-burning cookstove. The homes were visited every 4 months for a year following the distribution.

The program was financed by the social enterprise DelAgua Health in partnership with the Rwanda Ministry of Health. The project was named “Tubeho Neza,” which means “live well” in Kinyarwanda.

“These results should have important policy implications in Rwanda and beyond,” said Professor Clasen. “We see strong evidence that the intervention provides significant benefits that might continue to accrue if the program continues to be supported.”