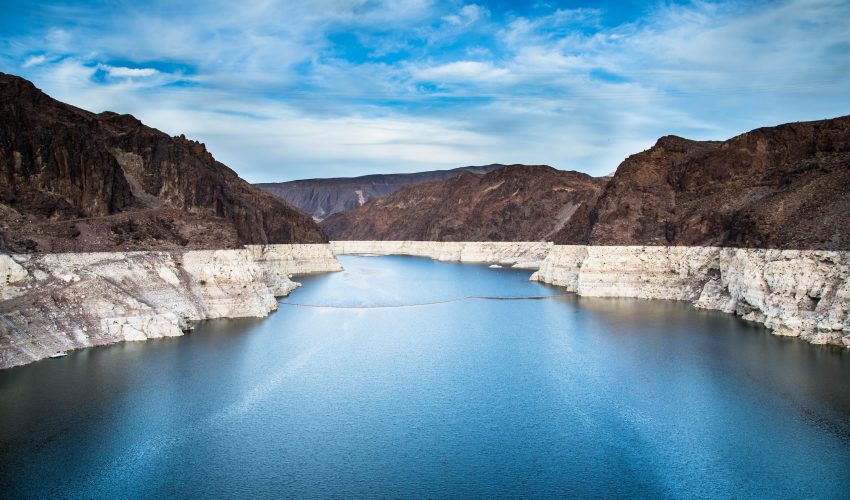 Water levels at Lake Mead, the world’s largest reservoir, have dropped around 130 feet since the 1990s. The unprecedented rate of drying up is evidenced by the growing “bathtub ring” around the lake, where the newly exposed rock from the water levels dropping starkly contrasts to the rock face above.

Lake Mead is just one major water source along the Colorado River Basin, a system of reservoirs and rivers that supply water to 40 million people and 6,300 square miles of farmland, according to the Associated Press.

Because so many people rely on the river basin, and that seven states must work together to determine water distribution, the Colorado River Basin is controlled through a complex network of treaties and agreements.

The policies that dictate how the Colorado River Basin is divided up are completely unique to the needs of the people and states that draw water from it.

While Lake Mead and the river system may be able to meet water demands for now, the long-lasting drought that the southwest has been experiencing shows no signs of letting up and could lead to major shortages after September 2019.

The Associated Press reported on a forecast from the U.S Bureau of Reclamation that shows that demand will increase and water levels will continue to drop which will prompt mandatory rationing in the southwest.

“If these projections materialize, we’re very quickly going to lose control of how to manage the deteriorating conditions on the Colorado River,” John Entsminger, general manager of the Southern Nevada Water Authority told the Associated Press.

How Nevada, Arizona, and the other states that need water from the river system will handle any impending shortages will depend on contingency plans set in place to avoid rationing and the amount of snow and precipitation that the area sees in the coming months.

Even so, according to the Bureau, there is a 52 percent chance that a shortage will occur in 2019.

Plans and negotiations to deal with the shortage are taking longer than expected because of how the area is governed.

Currently, Arizona is having the most difficulty coming to a unified position which would enable negotiations for water management to continue effectively.

The new forecast spells out a bleak future from the Colorado River Basin and it looks like Lake Mead’s infamous bathtub ring is only going to get wider as more and more of the water system dries up.