Weddell seal numbers are much lower than expected • Earth.com 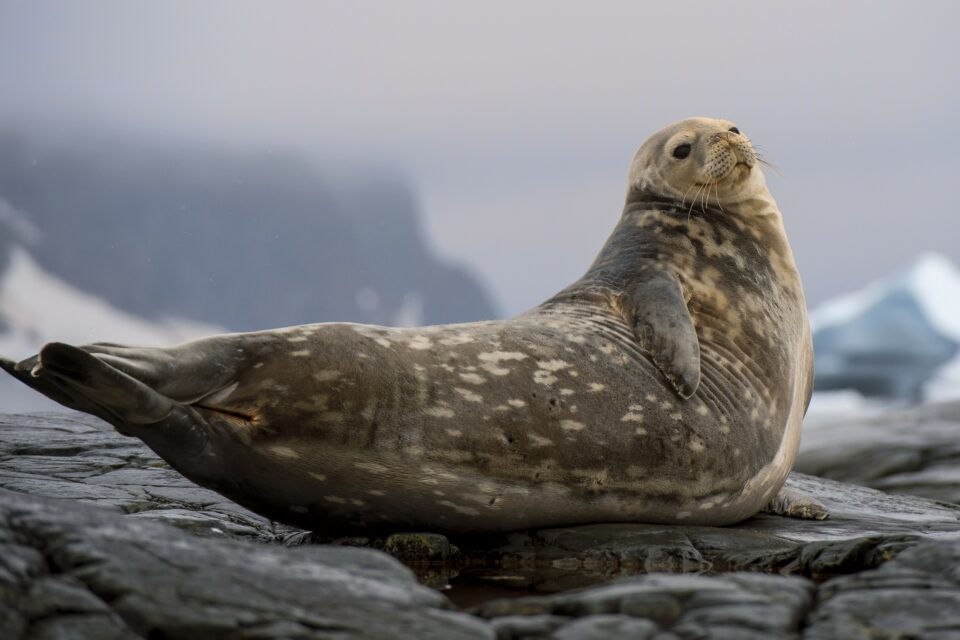 Weddell seal numbers are much lower than expected

Weddell seals are large, active mammals that inhabit the icy Southern Ocean waters around Antarctica. They are an iconic species, considered to be key indicators of the ecosystem health in these regions.

Weddell seal populations have been studied since the 1960s, making them one of the best studied mammals in the world. Despite this, little is known about large scale patterns in their distribution, population size, and structure.

In a first-of-its-kind study, a team of researchers led by the University of Minnesota Twin Cities has conducted a global population estimate of the Weddell seals in Antarctica using high-resolution satellite images. The researchers, along with 330,000 trained volunteers from all over the world, analyzed hundreds of satellite photographs taken during November of 2011.

The resulting estimate of about 202,000 sub-adults and adult female Weddell seals in Antarctica was far lower than previous estimates, which stood at around 800,000 individuals. Admittedly, that number would have included adult males whereas this current study did not estimate the number of adult males.

At the time that the images were taken, adult female Weddell seals and their sub-adult pups were the ones hauling out on the fast-ice and their dark coloration make them easy to count against the white background of the ice. Adult males are mostly in the water at this time of year, guarding their territories under the ice.

Despite the fact that the population estimate in the current study excluded the adult males, the authors suggest it is very likely that the global Weddell seal abundance is less than 50 percent of the original estimate of 800,000 individuals.

“That doesn’t necessarily mean there has been a big decrease of Weddell seals recently, but instead this is probably a more accurate count that we can use as a baseline to determine change over time,” said study lead author Michelle LaRue, a research associate in the Department of Earth and Environmental Sciences at the University of Minnesota.

“We’ve also developed an efficient process for monitoring them to see if the population has changed from this baseline. Tracking the population of seals against this benchmark is critical for conservation efforts.”

Weddell seals live the furthest south of any mammal in the world and can live up to 30 years in some of the harshest conditions on the planet. They breed on the coastal sea ice around Antarctica and feed mainly on fish, squid, octopus and prawns.

One of their favored prey species is Antarctic toothfish, a species that is commercially fished and marketed as Chilean sea bass. This species of fish plays an important role in the Antarctic ecosystem and Weddell seals are thus also indicators of the health of the toothfish stocks.

“The reason Weddell seals are so important is because they’re a key indicator species for the Southern Ocean,” said LaRue, who is also a senior lecturer in the School of Earth and Environment at the University of Canterbury. “Weddell seals live on fast-ice, which is the ice that’s attached to the Antarctic continent – the same habitat as Emperor penguins. As the climate continues to change, we might expect that fast-ice to change as well. So if we understand where the seals are and how many there are, that gives us an idea of how the ecosystem might be changing.”

In addition to conducting the first-ever global count, the research also provided insights into habitat use by Weddell seals. They were spotted in the largest numbers in the Ross Sea. Their distribution was associated with proximity to the continental shore. but also with the presence of deep waters.

The haul-out areas were often found to be near penguin rookeries. The seals appeared to prefer being near Emperor penguin aggregations, but only if there weren’t too many individuals in the crowd.

“There seems to be a trade-off. It’s good to be near Emperor penguins but only if the penguin colony size doesn’t get too big and there is not too much competition for food,” said LaRue.

The study authors hope that the satellite image method they used will be applicable to determine the population sizes in other animal species. They plan to use their Weddell seal count as a baseline to monitor any future changes in population number, as climate change potentially begins to affect this important species.

The details of the study are published in the journal Science Advances.