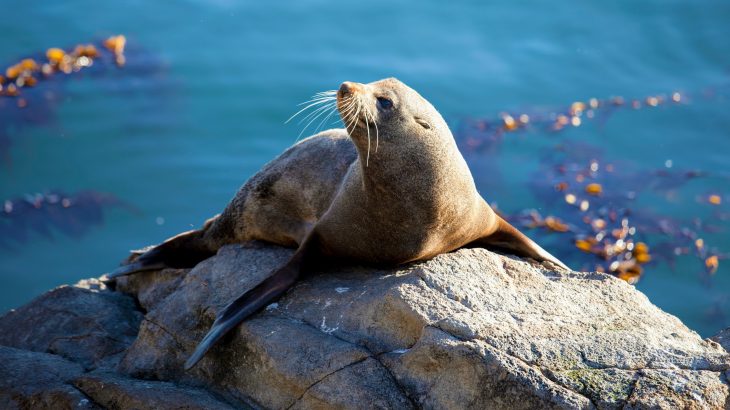 Researchers at the University of Oregon are describing incredible sounds produced by Weddell seals beneath frozen water. The seals can be heard chirping, whistling and trilling under the Antarctic ice at sound frequencies that are inaudible to humans, according to the study.

The research was based on two years of recordings at a live-streaming underwater observatory in McMurdo Sound. The recordings captured nine distinct types of ultrasonic seal vocalizations that range up to 50 kilohertz. Humans hear in the sonic range of 20 kilohertz.

Weddell seals thrive under Antarctic sea ice, using their large teeth to create air holes. While searching for food, the seals can dive to 600 meters and remain submerged for 80 minutes.

In 1982, researchers identified 34 types of seal calls at sonic frequencies, which were all linked to various social interactions.

Study lead author Paul Cziko began recording the seals’ sonic-ranged vocalizations in 2017 after completing the installation of the McMurdo Oceanographic Observatory. He said that workers at McMurdo Station often fell asleep listening to broadcasts of the seals’ sonic sounds coming from below.

“The Weddell seals’ calls create an almost unbelievable, otherworldly soundscape under the ice,” said Cziko. “It really sounds like you’re in the middle of a space battle in ‘Star Wars,’ laser beams and all.”

Over the next two years, a broadband digital hydrophone was used that was more sensitive than equipment used in earlier recordings. The new hydrophone picked up the higher-frequency vocalizations during passive monitoring.

“We kept coming across these ultrasonic call types in the data,” said study co-author Lisa Munger. “Finally, it dawned on us that the seals were actually using them quite regularly.”

“It was really surprising that other researchers previously had, in effect, missed a part of the conversation,” said Cziko. He explained that the seals may use the ultrasonic vocalizations to “stand out over all the lower-frequency noise, like changing to a different channel for communicating.”

Another possibility is that the vocalizations are used for echolocation, a biological sonar used by other animals to locate prey.

“The possibility of seals using some kind of echolocation has really been discounted over the years,” said Cziko. “We actually had a lot of somewhat heated discussions in our group about whether or how the seals use these ultrasonic sounds for echolocation-like behaviors.”

It remains a mystery how Weddell seals navigate and find prey during the months of near absolute darkness in the Antarctic winter.

“We’d like to know who is producing the ultrasonic calls – males, females, juveniles, or all of the above,” said Munger. “And how are the seals using these sounds when they’re out in deeper water, looking for fish? We need to record in more places to be able to correlate sounds with behaviors.”

The study is published in The Journal of the Acoustical Society of America.