Were there three distinct species of Tyrannosaurus Rex? • Earth.com 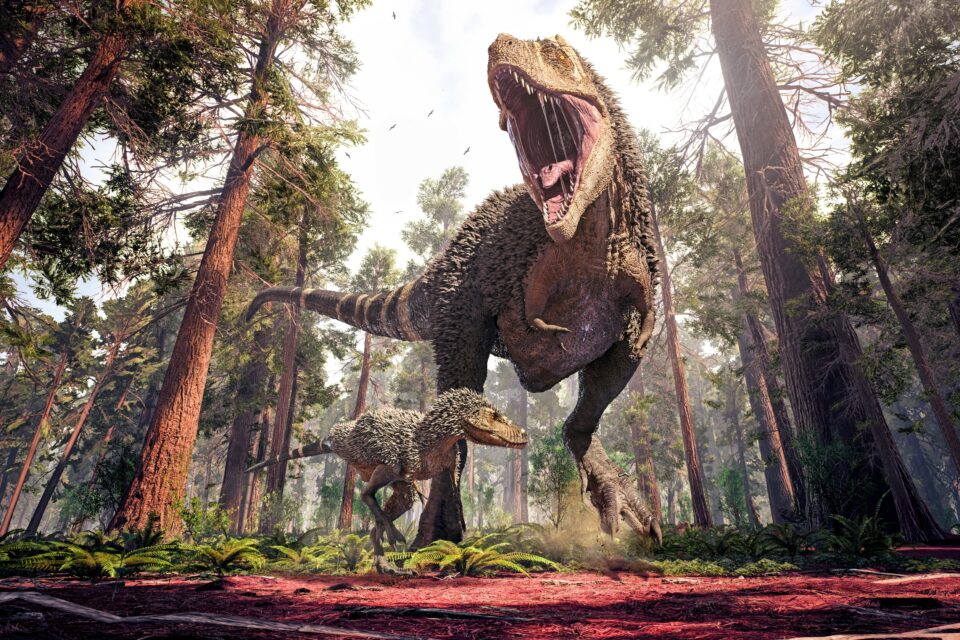 Were there three distinct species of Tyrannosaurus Rex?

A new study published in the journal Evolutionary Biology has argued that the most iconic dinosaur, Tyrannosaurus Rex, should actually be split into three different species, with T.rex being joined by Tyrannosaurus imperator (“emperor tyrant lizard”) and Tyrannosaurus regina (“tyrant lizard queen”). This proposal has started a fierce debate in the paleontology community, with many of the world’s leading experts on T.rex being highly skeptical of the study results.

Paleontologists have in fact discussed the notion of multiple Tyrannosaurus species for decades. Due to this predator’s large habitat, extending on the territory of ancient North America from Western Canada to New Mexico, and considering the long period of time (over a million years) that the creature had roamed these regions, there was a significant possibility for Tyrannosaurus populations to drift apart and form multiple species. Moreover, several differences that paleontologists identified in the existent fossils could also be proof that more Tyrannosaurus species may have existed, as the authors of the current study argue.

According to a research team led by independent paleontologist Gregory Paul, the known Tyrannosaurus fossils vary more than the bones of other large predatory dinosaurs, and can be split into three different clusters, based on the stoutness of the skeletons and the presence of certain chisel-like teeth.

By measuring the femurs and lower jaw teeth of 37 Tyrannosaurus skeletons, most of them found within the Hell Creek Formation – a geological formation of Upper Cretaceous rocks in North America – Paul and his colleagues showed that the fossils could be split into three distinct clusters: one found in the oldest rock layers, with robust skeletons and two pairs of chisel-like teeth (T.imperator), and two found in the younger, upper layers. Although each of these younger specimens had only a single pair of chisel-like teeth, one of them had a more robust (T.rex) and the other a spindlier, more gracile skeleton (T.regina).

This proposal was already criticized by several established, world-leading paleontologists. For instance, according to Jingmai O’Connor – an associate curator of fossil reptiles at the Field Museum in Chicago – the femur proportions of all three proposed species overlap rather than showing clear separations, as do the time periods when the dinosaurs were supposed to live. To her, this suggests a continuous spectrum of change, which Paul and his team arbitrarily split into three species.

“The diagnoses provided for each species are incredibly vague, using words like ‘usually’ and ‘generally.’ Even in well-preserved specimens, the authors are unable to refer them to a specific species,” Dr. O’Connor said.

Similar views were expressed by Professor Thomas Carr, a T.rex expert at Carthage College, or Professor Steve Brusatte, a paleontologist at the University of Edinburgh.

“I understand the temptation to divide T.rex into different species, because there is some variation in the fossil bones that we have. But ultimately, to me, this variation is very minor and not indicative of meaningful biological separation of distinct species that can be defined based on clear, explicit, consistent differences,” Professor Brusatte said.

The careful investigation of a larger number of fossils is needed in order to settle this debate. Unfortunately, as Paul argues, it could take several decades until enough specimens will allow a more scientific, statistical analysis.