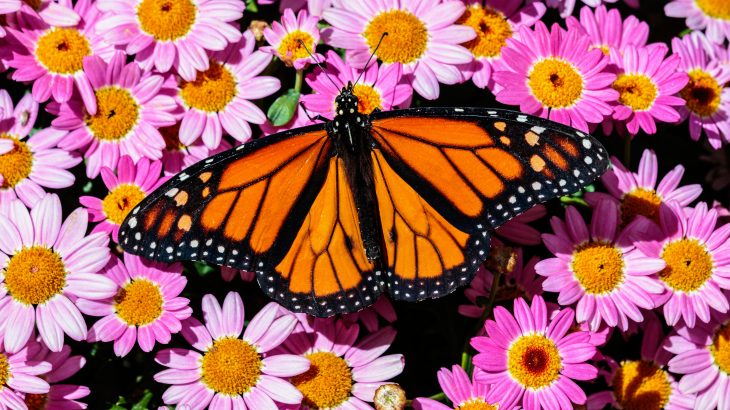 The research involved data on more than 450 butterfly species across 72 sites. In particular, the latest population count of the western monarch indicates a 99.9 percent decline over the 42-year study period from 1977 to 2018.

“The monarch population that winters along the West Coast plummeted from several hundred thousand just a few years ago to fewer than 2,000 this past year,” said study co-author Professor Katy Prudic.

“Essentially, the western monarch is on the brink of extinction, but what’s most unsettling is they are situated in the middle of the pack, so to speak, in our list of declining butterfly species.”

Professor Prudic said the takeaway is that western U.S. butterflies are declining quickly, and autumn warming – not spring warming or land use change – is an important contributor to the decline.

While spring tends to get most of the attention when it comes to climate change, fall warming trends have been observed in 230 cities across the United States. The largest fall temperature increases have been found in much of the Southwest.

“In Arizona, for example, the period between September and November has warmed about 0.2 degrees Fahrenheit per decade since 1895,” said study co-author Professor Michael Crimmins. “Fall temperatures have warmed especially fast since the late 1980s and it’s not clear why.”

The study noted that declining butterfly populations have been observed in areas experiencing these fall warming trends across the West. The researchers suggest fall temperature increases may not only induce physiological stress on butterflies, but may influence development and hibernation preparation. Warmer fall temperatures can also reduce the availability of food or host plants, and extend the length of time that predators are a threat to butterflies.

Study lead author Matt Forister is a professor of Biology at the University of Nevada, Reno.

“The widespread butterfly declines highlight the importance of careful management of the lands that we do have control over, including our own backyards where we should use fewer pesticides and choose plants for landscapes that benefit local insects,” said Professor Forister.

“Our report is unique in covering a wide area of relatively undeveloped land as compared to, for example, studies from heavily populated areas of western Europe.”

“The fact that declines are observed across the undeveloped spaces of the western U.S. means that we cannot assume that insects are okay out there far from direct human influence. And that’s because the influence of climate change is, of course, not geographically restricted.”

The findings are shedding new light on the impacts of climate change on Western butterfly populations, and suggest that a new approach is needed for butterfly conservation that is focused on groups of species with similar habitats and needs rather than on individual species.

According to the researchers, management of developed areas can have immediate benefits for insect populations but the impacts of climate change across all landscapes cannot be ignored. They noted that society should not assume that the legal protection of open spaces is sufficient without action to limit the advance of human-caused climate change.

“We relied heavily on data from citizen or “community” scientists,” said Professor Forister. “Volunteers are generating amazing data these days, and we wouldn’t have been able to study as many locations without decades of hard work from hundreds or maybe thousands of people.”