Why are so many people addicted to social media? • Earth.com 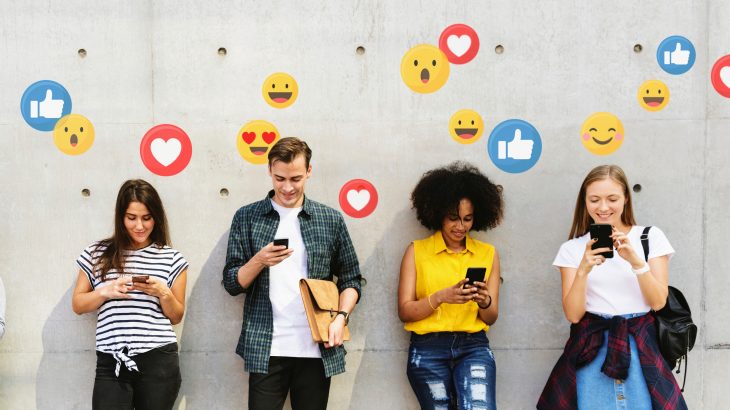 Why are so many people addicted to social media? A new study from NYU is helping to explain why social media tends to dominate people’s lives. The researchers discovered that our efforts to maximize “likes” and other forms of online approval follows a pattern of reward learning – a type of learning that is motivated and reinforced by payoffs.

According to the study authors, social media use parallels the behavior of animals seeking food rewards.

“These findings may help us understand why social media comes to dominate daily life for many people and provide clues, borrowed from research on reward learning and addiction, to how troubling online engagement may be addressed.”

Many people refer to social media use as being addictive. People are so driven to pursue positive feedback online that they are often neglecting direct social interaction and even basic needs like eating and drinking.

The researchers said that while social media use has been studied extensively, what actually drives people to engage, sometimes obsessively,  is less clear. To investigate, the experts analyzed whether social media use can be explained by the way our minds process and learn from rewards.

The study was focused on more than one million social media posts from over 4,000 users. The researchers found that people post more frequently in response to a high rate of likes and less frequently when they receive fewer likes.

By analyzing this pattern with computational models, the team confirmed that it closely follows the known mechanisms of reward learning. In particular, social media engagement appears to be driven by similar principles that lead animals to maximize their food rewards

“Our findings can help lead to a better understanding of why social media dominates so many people’s daily lives and can also provide leads for ways of tackling excessive online behavior,” said study lead author Dr. Björn Lindström.