Why do fish look down when they swim? • Earth.com 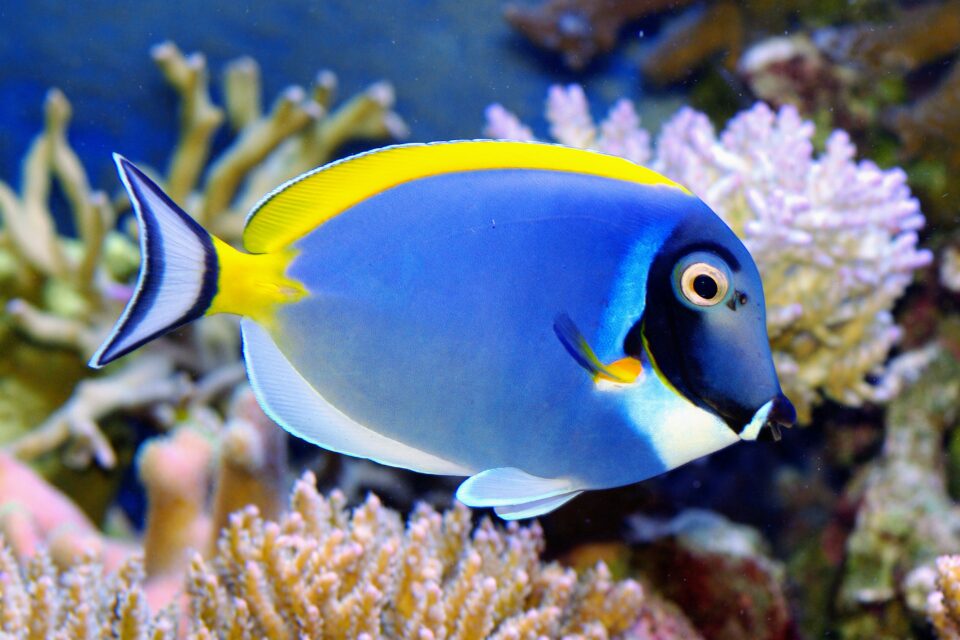 Why do fish look down when they swim?

A new study led by Northwestern University has found that fish look downward when they swim. By combining simulations of zebrafish’s brain, native environment, and spatially-varying swimming behavior into a comprehensive computational model, the experts discovered that looking down while swimming forward is an adaptive behavior that evolved to help fish self-stabilize, for instance when swimming against a current.

As water moves, fish are continuously trying to self-stabilize in order to remain in place rather than getting swept away in a moving stream. While focusing on other fish, plants, or pieces of debris could give fish a false sensation that they are moving, looking at the stable riverbed below offers them more reliable information about their swimming direction and speed.

“It’s similar to sitting on a train car that isn’t moving. If the train next to yours starts to pull to away from the station, it can trick you into thinking you are moving too,” said study lea author Emma Alexander, an assistant professor of Computer Science at Northwestern.

“The visual cue from the other train is so strong that it overrides the fact that all of your other senses are telling you that you are sitting still. That’s exactly the same phenomenon that we are studying in fish. There are many misleading motion cues above them, but the most abundant and reliable signals are from the bottom of the river.”

These findings could inform groundbreaking designs for artificial vision systems and sophisticated bio-inspired robots. “If you were making a fish-inspired robot and you just looked at its anatomy, you might think ‘the eyes are pointing sideways, so I’m going to point my cameras sideways. But it turns out that the eyes are pointing sideways because they are balancing several tasks. We think they point sideways because it’s a compromise — they look upward to hunt and downward to swim,” Alexander concluded.