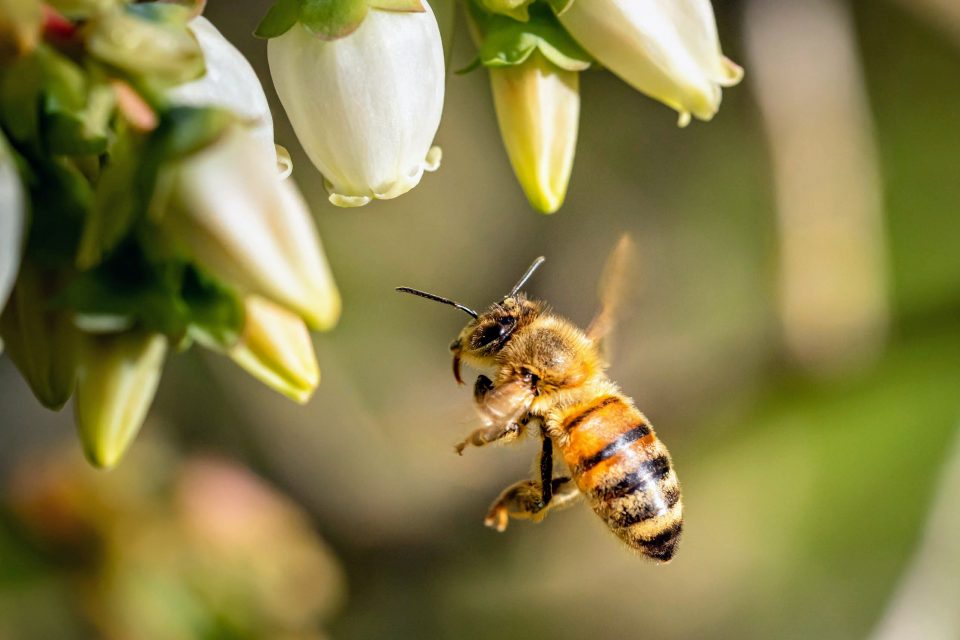 “There are few bee studies in the U.S. that have sampled bees for many years at the same location. There are even fewer that use the same methods over more than a decade,” said Professor Isaacs.

In collaboration with Kelsey Graham, a former postdoctoral researcher who is now with the U.S. Department of Agriculture-Agricultural Research Service, the researchers examined 15 years of data on wild bees visiting blueberry fields.

Bee species vary in the time of the year they are active and have different host plants. They nest either in the ground or in the stems of plants.

The study was focused on specific samples of wild bees who were active during May to June and visited blueberry bushes while they were blooming.

An unusually warm spring and hot summer in 2012 provided the researchers with an opportunity to examine how bee populations responded to the extreme weather in subsequent years.

“The very advanced spring in 2012 was so unique, and flowers were open when the frosts came in April and May,” said Professor Isaacs. “This wasn’t what we were trying to study but this helps explain the patterns we found.”

Overall, the study involved 162 of the 465 wild bee species in Michigan from 2004 to 2018. The researchers found that the extreme temperatures of 2012 led to a 61 percent decline in the number of bees between the first and second sampling periods.

Some bee species recovered, but others – such as the blueberry specialist bee, Andrena carolina – experienced a dramatic decline and slow recovery in the third sampling period.

“We also looked at the use of pesticides and found that the environmental affects had a bigger impact on the bee population,” said Professor Isaacs.

“We were fortunate to combine the work of three separate projects for this analysis. If you only look at the short periods of time, you might come to different conclusions, but long-term over multiple samples we can see the bigger trends.”

The study findings emphasize the need to develop programs for monitoring wild bees across the United States in an effort to help preserve their valuable ecosystem services.

“Our data will contribute to the national efforts to understand how to protect these beautiful and essential insects,” said Professor Isaacs.

The study is published in the journal Agriculture, Ecosystems & Environment.