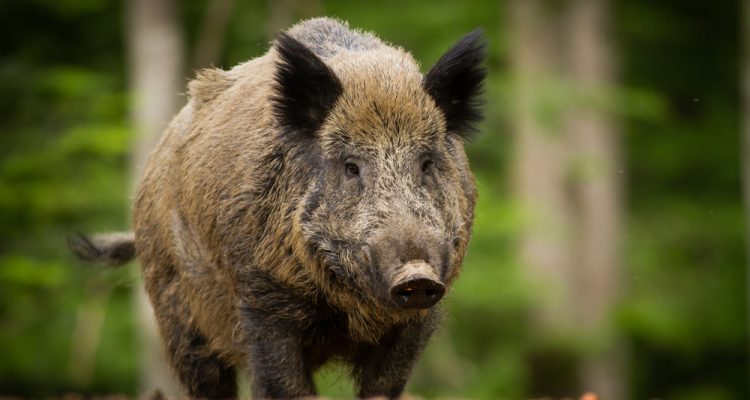 In a story out of everyone’s worst nightmares, scientists have discovered a link between wild boars and vampire bats. In short, the tiny winged blood suckers may be transmitting rabies to wild boars that only come out at night.

If wild pigs and boars sound unpleasant to you, they’re even more upsetting to farmers in Brazil and the Americas, where the study took place. There, feral pigs cause a huge amount of damage to crops and pose a rabies threat to cattle.

It’s the rabies part of the equation that’s particularly concerning to ranchers. About 1.4% of vampire bats, or D. rotundus, in Brazil’s Atlantic Forest biome carry the disease, with rates running as high as 10% among vampire bats in the Peruvian Amazon.

The bats can transmit the rabies virus through their saliva, and they regularly feed on the blood of feral pigs and boars. Scientists used video monitoring to determine that on any given night, the incidence of vampire bat attacks on feral pigs runs as high as 10%. Although ranchers typically vaccinate their cattle, wild animals like pigs aren’t vaccinated and can potentially spread the deadly disease.

Rabies isn’t the only concern, according to Ivan Sazima of the University of Campinas. ”The rabies virus is transmitted through the saliva of infected bats. D. rotundus is a reservoir for other viruses with epidemiological potential, including hantavirus and coronavirus,” he said.

Another member of the research team, Alexine Keuroghlian, is a biologist with the Wildlife Conservation Society in Brazil. He explained that these diseases may also be transmitted to the other wild animals on which vampire bats feed.

“Other viral diseases carried by boars and feral pigs may be transmitted to native animals that are bitten by vampire bats,” he said. These animals include tapirs, deer, and capybaras.

Researchers brought this problem to light in a study in the journal Frontiers in Ecology and the Environment. Sweet dreams!