Wild strawberry flavor for foods, from a fungus • Earth.com 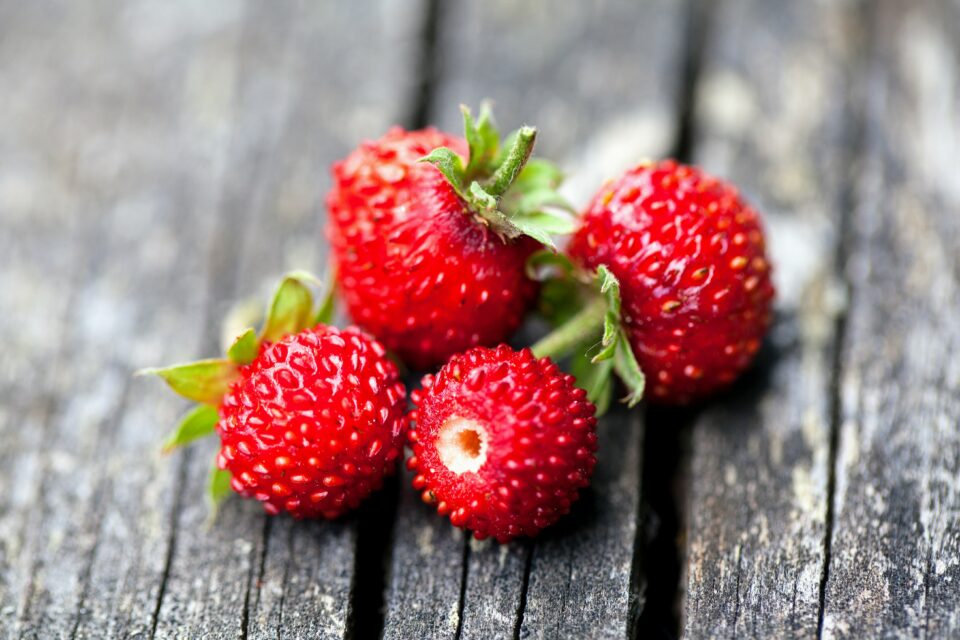 Wild strawberry flavor for foods, from a fungus

Strawberry flavor is favored by many in their beverages, confectionaries and baking. Yet, a strong strawberry flavor (that is, taste and aroma) is difficult to obtain from natural sources. Wild strawberries, that have the strongest aroma and taste, are hard to find and rather small in size, which makes it expensive to get enough of their flavor compounds to introduce into other foods.

To overcome this problem, many companies make synthetic strawberry flavor to add to foods such as ice creams, sweets and desserts. However, new research from the American Chemical Society explains how scientists have been able to manipulate an edible fungus to make a wild strawberry-like aroma from waste fruit that remains after the process of extracting juice from black currants.

There are several species of fungi that can break down plant matter and simultaneously use the rotting food to produce pleasant smelling compounds such as vanillin, raspberry ketone and benzaldehyde, which has an almond-like aroma. One particular edible brown-rot fungus, Wolfiporia cocos, breaks down a variety of foods, including tea and carrot peels, and releases fruity and floral aromas in the process.

Dr. Holger Zorn from the Justus Liebig University, along with his colleagues, used waste pomace from the black currant juice industry on which to grow the fungus. Pomace is the term used to describe the left-over pulp, seeds and skins of the fruits after the juice has been extracted. It is considered a waste product and is usually thrown away. But this nutrient-rich substrate is perfect for growing cultures of W. cocos.

The researchers first grew W. cocos with black currant pomace as the fungus’ only source of nutrition, which resulted in the production of fruity and floral aromas. However, when the team added ammonium nitrate, sodium L-aspartate monohydrate, monopotassium phosphate and a few other substances to the medium, the fungus culture released an aroma similar to that of wild strawberries.

The team then used gas chromatography-mass spectrometry-olfactometry (GC-MS-O) to identify the exact compounds that contributed to the scent. Ten trained olfactory panelists then assessed combinations of these compounds to select the one most like a wild strawberry aroma. According to the panel, the most intense odors were perceived when the compounds (R)-linalool, methyl anthranilate, geraniol and 2-aminobenzaldehyde were present.

The researchers then combined artificial versions of these four compounds into a wild strawberry smell and found that the sensory experts rated it as being very similar to the wild strawberry-like odor from the cultivated fungus.

The researchers conclude that, by growing the fungus W. cocos on food waste, they have been able to develop a cost-effective and sustainable system for producing a wild strawberry aroma that is suitable for use as a natural flavoring agent in foods.

The study is published in the Journal of Agricultural and Food Chemistry.