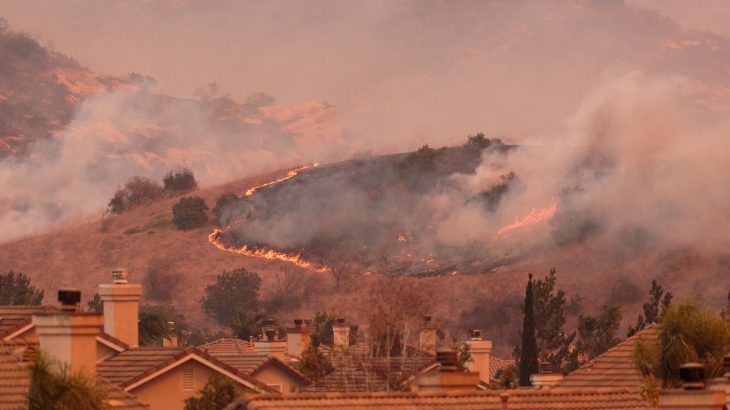 Wildfire smoke is more harmful to children’s health than controlled burns. Controlled burns are an important part of wildfire management as they can clear brush and dead trees that would otherwise help wildfires spread. In California, fire suppression tactics used throughout the early 20th century is thought to be one of the reasons that California’s history of wildfires is so volatile.

Even though scientists now understand that fires are an essential and healthy part of the forest ecosystem that allow for new growth and returning vital nutrients to the soil, there are reservations about whether prescribed burns should be used to help reduce wildfire risk.

But in a new study, researchers from the Stanford University School of Medicine found that prescribed burns emit less smoke and harmful pollution compared to similar sized wildfires.

The results, published in the European Journal of Allergy and Clinical Immunology, show that children are exposed to higher air pollution levels during a wildfire compared to a controlled burn.

“We know that there’s some public opposition to doing prescribed burning,” said Mary Prunicki, the lead author of the study. “It’s our feeling that prescribed burning, because it’s so controlled, may expose people to fewer health effects than wildfires.”

The study was conducted in Fresno, California, which has high levels of air pollution, and the researchers collected and compared blood samples from three groups of children.

The blood samples were collected within three months of the fires.

The wildfire group was exposed to higher levels of pollutants, and blood samples showed lower levels of immune cells.

“This study suggests that exposure to wildfire smoke is detrimental above and beyond poor air quality,” said Prunicki.”

One reason wildfires may be more dangerous is that they can burn homes, cars, and business, releasing chemicals and pollutants not found in the forests.

“Particulate matter from wildfires is different from region to region and depends on what is burning,” said Prunicki. “When a wildfire is going through a town, there are a lot of concerns about what happens to the chemicals in people’s homes and cars when they go up in flames.”

The study calls for more comprehensive and detailed research to investigate the health impacts of air pollution from wildfires versus controlled burns.