The trouble with ‘wildlife exchanges’ between African countries • Earth.com 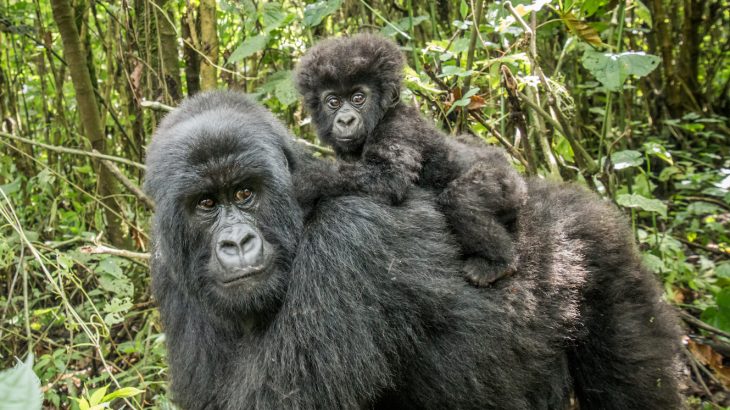 The trouble with ‘wildlife exchanges’ between African countries

Under a reciprocal wildlife agreement, the government of the Democratic Republic of Congo (DRC) is set to transfer a small population of mountain gorillas to Zimbabwe.  Observers are concerned about this exchange of wildlife, which is supposed to help strengthen gorilla populations.

The transfer is part of a reciprocal agreement between Zimbabwe and the DRC, with Zimbabwe transferring 10 white rhinoceros to the DRC.  The transfer of the rhinos has been criticized as well.  It’s unknown where the rhinos will end up in the DRC, a country with a history of violence and instability that has threatened its own population of rhinos.

Zimpark, the official park system of Zimbabwe, has previously sold animals, including elephants to China to be put on display in zoos.  The government of Zimbabwe says the same thing won’t happen with the gorillas but outside wildlife advocates are unconvinced.

The Guardian reported last year that a letter from the DRC’s environmental minister to a Chinese company referring to a request for endangered species to be put on display in China was leaked.  The letter was posted on Twitter by environmental activists and makes requests for specific animals. The Chinese company asked for 12 mountain gorillas, 16 bonobos, 16 chimpanzees, 8 African manatees and 20 okapi.  The Okapi is an animal related to the giraffe but appearing more zebra like to a casual observer.

All of these animals are threatened with extinction and Bonobos are found only in the DRC.  The request was apparently made for a zoo in Eastern China. These animals would necessarily be captured in the wild, as the DRC doesn’t have them in captivity already, much less any population bred in captivity.  The DRC government responded to the outcry by environmental advocacy groups stating that no agreement has been finalized with China and the deal is being evaluated under CITES, an international trade agreement restricting the sale and trade of endangered species.

The fear of these animals being exported for display in China feeds greater fears over the rising power of China in Africa.  I’ve personally seen the quick pace of development that Chinese money can spur in Africa. In places like Equatorial Guinea large modern cities with new high rise buildings can lie within fifty miles of villages made of huts with no electricity or running water just being connected to roads within the last few years.  In Madagascar, I’ve also noticed large amounts of businesses being run by outsiders, including Chinese businesses.

I recently talked to a paleontologist who works with crocodilian fossils in Kenya, he told me that development of roads by Chinese companies and engineers has made drives that once took 12 to 15 hours into 8 hour trips.  Development and money poured into Africa by China (and others) may sometimes have a local benefit but largely the idea is to take more than is put in. Some observers worry that as China wields a greater influence across Africa, wildlife will pay the cost.

Adding to these fears, The New York Times reported in October that China has reversed its ban on the use of rhino and tiger parts in traditional ‘medicine’.  This fear is already partially realized in the trade of animals like pangolins for Chinese medicine but putting animals like gorillas on display in China could be just as detrimental.

The greatest fear for many wildlife advocates is that the transfer of gorillas, rhinos and other wildlife between Zimbabwe and the DRC is merely a smoke screen to allow their sale to China.

Conserv Congo, the non-profit that leaked the letter between the DRC environmental minister and the Chinese company, seems especially concerned about the gorillas.  Quoting a UN report, they say that by the mid 2020s, gorillas could be gone from large areas of the Congo region. It’s a real possibility that the charismatic great ape could be extinct within our lifetimes, especially when government agencies are so quick to sell out their survival.

Mongabay reported that even if the wildlife transferred from the DRC is housed in Zimbabwe, it isn’t clear where exactly the animals will end up.  Nyanga, a high elevation area in Manicaland province, is a possibility but it isn’t suitable for the gorillas or the Okapi. It seems likely that the animals will end up in an outside zoo enclosure, a scenario not so much better than their captive display in China unless the animals bred successfully, supporting the growth or stability of wild populations.

Another great fear of transferring gorillas is the spread of ebola.  Gorillas carry ebola, a disease known from the equatorial region of Africa, including the DRC.  Moving gorillas around Africa could spread ebola with them, causing huge problems for humans and perhaps other wildlife in Zimbabwe.  Zimbabwe News Live cites local concern over ebola:

“Journalist Violet Gonda said Zimbabwe was “entering uncharted territory”. Noting that gorillas in particular were sensitive animals, she wondered: “Can Zimbabwe’s fragile health care system handle Ebola risks?…Sekuru Kurasha, on Twitter, said: “Seriously, there are so many other issues that need to be dealt with in Zimbabwe right now. Gorillas aren’t native to Zimbabwe, so leave them alone. You’re failing to combat cholera and now importing ebola? Bring Investors Not Gorillas!””

Zimpark responded to fears over ebola by saying the great apes are tested for the disease before being brought to Zimbabwe.  There is one very good question raised though: why bring a wild animal that isn’t native into a country? Whether Africa or China, it seems little good can come to gorillas captured in the wild.  It also seems unlikely that white rhinos would fare well in the DRC, a country that’s lost their own rhinoceros population largely through poaching.

The Standard, a Zimbabwe news organization, reported in an article I can’t substantiate that one of the ten rhinos destined for the DRC was shot in captivity in October due to aggressive behavior towards a Zimpark employee.  The report comes from the British non-profit Bring Back our Rhinos, an organization also calling for an accounting of the death and the other rhinos set to be introduced into the DRC. Even if the rhinos are introduced successfully into the DRC, it seems unlikely that the government will be able to stop the country’s long term poaching problem.