Without action, coral reefs could disappear in the next three decades • Earth.com 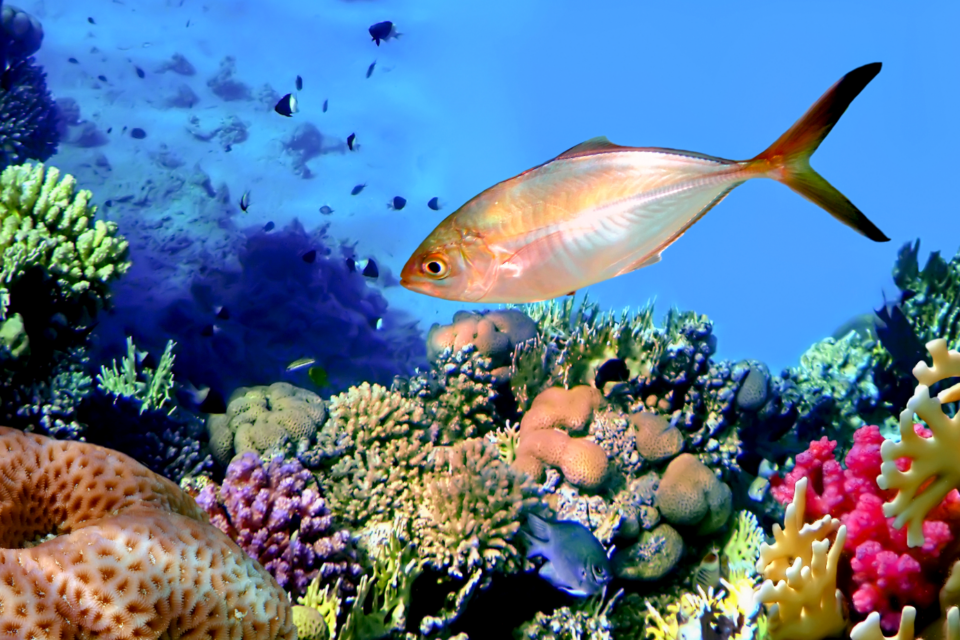 Without action, coral reefs could disappear in the next three decades

Coral reefs are the “canaries in the coal mine” of climate change. They can sense when ecosystems are under stress from rising ocean temperatures and warn us when to act. Coral reef ecosystems around the world provide key services to many ocean species. They also provide a source of food and cultural heritage for half a billion people.

An international team of scientists has published a series of recommendations to protect, conserve and better understand coral reefs. The group, known as the Vibrant Oceans Initiative, presented their findings at the Our Oceans Conference.

Forecasts show that coral reefs are likely to become functionally degraded by 2050, if the goals of the Paris Agreement are not met. Even with drastic emission reductions, up to 90 percent of the world’s corals could still vanish in the next three decades.

“Our research has shown that coral reefs have been severely impacted by ocean warming in the past three to four decades, yet some reef locations show lower rates of warming or benefit from mitigating circumstances due to local oceanography,” said study co-author Professor Jens Zinke of the University of Leicester.

“Some reefs have the ability to resist or recover from thermal stress faster than others, and these reefs may serve as sanctuaries under future warming. This is a major new research direction – to find those locations and protect them before they are gone.”

In 2018, the Vibrant Oceans group identified 50 reefs that are most likely to survive climate change. These reefs are located in the Pacific and Indian oceans, the Caribbean and east of Africa.

Drawing on expertise from universities and conservation groups, six recommendations were developed to promote the ‘persistence and survival’ of coral reefs. These recommendations are presented in the paper Forecasting Climate Sanctuaries for Securing the Future of Coral Reefs, and include:

The potential for conservation provides the research team with hope for adaptation and persistence of coral reefs that are experiencing unprecedented rapid change.

The paper is available from the Wildlife Conservation Society (WCS).