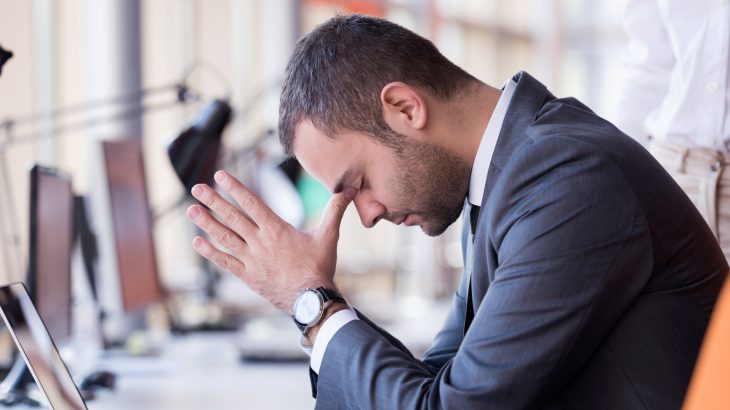 A new study from Indiana University has found a strong correlation between mental health, mortality, and work stress. According to the study, the risk of depression and death can be predicted by the amount of control we have at work, the demands of the job, and our cognitive ability to deal with with those demands.

“When job demands are greater than the control afforded by the job or an individual’s ability to deal with those demands, there is a deterioration of their mental health and, accordingly, an increased likelihood of death,” said Professor Gonzalez-Mulé.

“We examined how job control – or the amount of autonomy employees have at work — and cognitive ability – or people’s ability to learn and solve problems – influence how work stressors such as time pressure or workload affect mental and physical health and, ultimately, death.”

“We found that work stressors are more likely to cause depression and death as a result of jobs in which workers have little control or for people with lower cognitive ability.”

On the other hand, the team found that work demands can lead to better physical health and a lower risk of death when an individual has more control over their work responsibilities.

According to Professor Gonzalez-Mulé, this may be because job control and cognitive ability act as resources that help people cope with work stressors.

“Job control allows people to set their own schedules and prioritize work in a way that helps them achieve their work goals, while people that are smarter are better able to adapt to the demands of a stressful job and figure out ways to deal with stress.”

The study was focused on data from the Midlife in the United States survey, which involved 3,148 Wisconsin residents. Over the course of the 20-year study, 211 participants died.

“Managers should provide employees working in demanding jobs more control, and in jobs where it is unfeasible to do so, a commensurate reduction in demands. For example, allowing employees to set their own goals or decide how to do their work, or reducing employees’ work hours, could improve health,” said Professor Gonzalez-Mulé.

“Organizations should select people high on cognitive ability for demanding jobs. By doing this, they will benefit from the increased job performance associated with more intelligent employees, while having a healthier workforce.”

“COVID-19 might be causing more mental health issues, so it’s particularly important that work not exacerbate those problems. This includes managing and perhaps reducing employee demands, being aware of employees’ cognitive capability to handle demands and providing employees with autonomy are even more important than before the pandemic began.”

The study is published in the journal Journal of Applied Psychology.