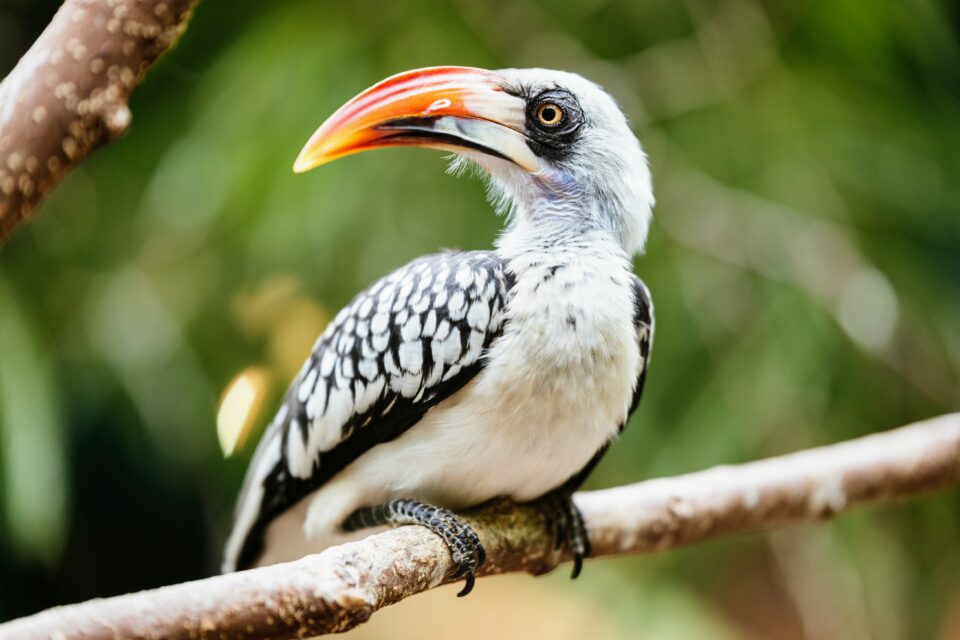 The climate crisis is threatening the yellow-billed hornbill, a cousin of fan-favorite Zazu from The Lion King, with extinction.

Climate change is worsening extremes, such as high temperatures and the frequency and intensity of drought periods associated with arid regions. Animals that inhabit these regions are already suffering the consequences.

A team of researchers recently studied the breeding success of southern yellow-billed hornbills by investigating the impacts of high air temperatures and drought from 2008 to 2019. This study, published by Frontiers, is one of the first to examine how climate change impacts breeding success over a longer timescale.

“There is rapidly growing evidence for the negative effects of high temperatures on the behavior, physiology, breeding, and survival of various bird, mammal, and reptile species around the world,” said first author Dr. Nicholas Pattinson of the University of Cape Town.

“For example, heat-related mass die-off events over the period of a few days are increasingly being recorded, which no doubt pose a threat to population persistence and ecosystem function.”

The birds are cavity nesters; the female seals herself into the nest cavity and stays there for 50 days to care for chicks. They are protected by a narrow slit, which is only used by the males, who enter to feed the females and their chicks. This strategy protects the young hornbills from predators.

Breeding success depends on factors such as climate and food availability. The yellow-billed hornbills initiate breeding in response to rainfall, which corresponds with the hottest days of the year.

The study found a collapse in breeding during the monitoring period (2008-2019) due to an increase in the maximum air temperature. This was because high temperatures resulted in deadly impacts, such as reduced foraging, which affected the chances of successful breeding.

During the last three seasons (2016 to 2019), the experts found a decline in occupied nest boxes, dropping from 53 to 12 percent. Nest success – where pairs successfully raised at least one chick – also declined from 58 to 17 percent. Furthermore, the average number of chicks produced per breeding attempt decreased.

When the threshold air temperature reached above 35.7°C, no successful breeding attempts were recorded. The study revealed that breeding was negatively correlated with increased periods of heat – when the maximum air temperature exceeded the threshold that the hornbills could maintain normal breeding and nesting behavior. These effects were seen even in non-drought years.

The climate crisis is accelerating at a much faster pace, resulting in severe negative effects for species over alarmingly short time periods. The researchers predict that the southern yellow-billed hornbills could be wiped out as soon as 2027. The consequences of increased warming could drive local extinctions, where no young animals will replace the dying population.

The study was published in Frontiers in Ecology and Evolution.