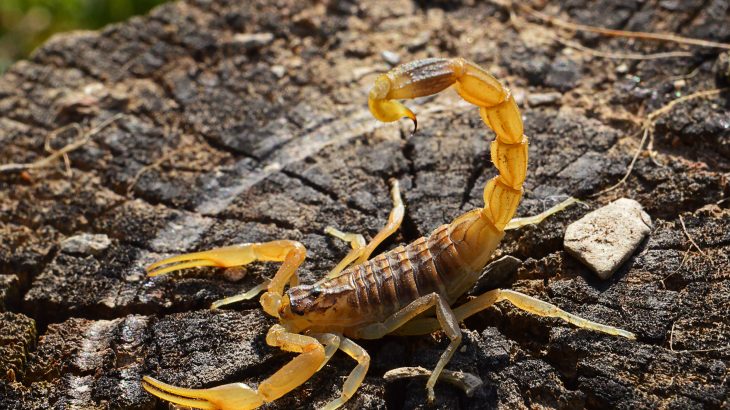 São Paulo, Brazil, home to tens of millions of people who live in the city and its sprawling outskirts, has a major scorpion problem that isn’t going away anytime soon.

A combination of climate change, urban expansion, and poor city sanitation management have all contributed to what is now a widespread yellow scorpion infestation for many rural and urban areas of Brazil.

Previously, scorpions were unheard of anywhere but in rural regions of Brazil, but warmer temperatures due to climate change are creating optimal conditions for scorpions to spread and thrive across the country.

The scorpions are even making their way into colder southern regions of the country previously thought uninhabitable for the arachnids.

In a new installment of The Conversation, Hamilton Coimbra Carvalho, a researcher in Complex Social Problems at the the University of São Paulo discusses the infestation and the complexities that arise when trying to control and reduce the problem.

“Brazil’s scorpion infestation is the perfect example of how unpredictable modern life has become,” Carvalho writes. “It is a hallmark of what those of us in the complex problems field call a “VUCA” world – a world that’s volatile, uncertain, complex and ambiguous.”

Scorpions impact countries all over the world but the arachnids typically stick to hot and dry climates.

In Brazil, Carvalho explains some cities offer an oasis for scorpions with uncollected garbage providing food and water, and not only that but they are incredibly adaptable as a species.

While yellow scorpions have venomous and painful stings, their stings are not often fatal. However, with the increase of scorpions across cities in Brazil, the risk of death from bites also increases.

Children are most at risk of dying from a scorpion sting, and Brazil’s Ministry of Health reported that there were 140,000 people stung by a scorpion in 2018.

As widespread and problematic as the scorpion infestation is, Carvalho notes that surprisingly little is being done to manage it.

“And, beyond some rather tepid national and state-level efforts to train health officials in scorpion risk, authorities seem to have no plan for fighting the infestation at the epidemic level it is heading towards,” Carvalho writes.

It’s a problem with no clear answer according to the complex social problems expert, and even now it may be too late to prevent future infestations.

“Venomous yellow scorpions, I fear, have already claimed their place alongside violent crime, brutal traffic and other chronic problems that urbanites in Brazil must cope with daily,” Carvalho concludes.