Young children use both brain hemispheres for language processing • Earth.com 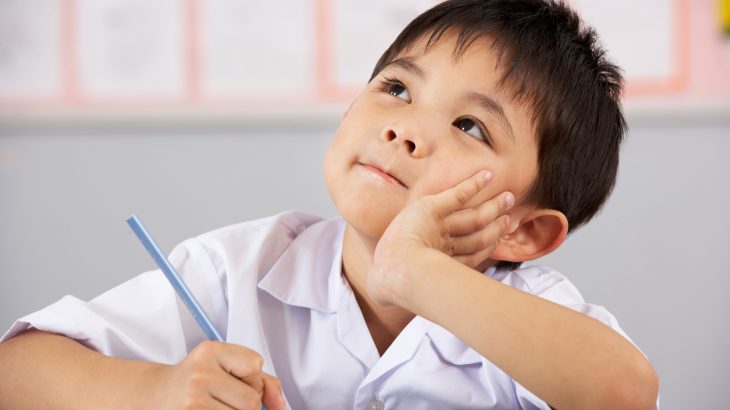 Young children use both brain hemispheres for language processing

Children and infants process language in both the left and right brain hemispheres, while adults rely on only one side of the brain, according to a study from Georgetown University Medical Center. The findings may explain why children tend to recover more easily from neural injuries than adults.

“This is very good news for young children who experience a neural injury,” said study lead author Dr. Elissa Newport. “Use of both hemispheres provides a mechanism to compensate after a neural injury.”

“For example, if the left hemisphere is damaged from a perinatal stroke – one that occurs right after birth – a child will learn language using the right hemisphere. A child born with cerebral palsy that damages only one hemisphere can develop needed cognitive abilities in the other hemisphere. Our study demonstrates how that is possible.”

Dr. Newport said the study solves a mystery that has puzzled clinicians and neuroscientists for a long time. Studies on language loss in adults who suffered a left hemisphere stroke have shown that sentence processing is only possible in this particular region. On the other hand, among young children, damage to either hemisphere is unlikely to result in language deficits.

Even when the left brain hemisphere is severely damaged in children, language can usually be recovered, which indicates that language is distributed to both hemispheres early in life, explained Dr. Newport. Until now, brain scans have not revealed the details of this phenomenon.

“It was unclear whether strong left dominance for language is present at birth or appears gradually during development. We now have a better platform upon which to understand brain injury and recovery.”

Using a more complex method of functional magnetic resonance imaging (fMRI), the researchers found that both hemispheres participate in language during early development.

According to Dr. Newport, brain networks that localize specific tasks to one or the other hemisphere start during childhood but are not complete until a child is about 10 or 11 years old. She noted that the right hemisphere is likely even more functionally involved in language processing during the earliest years of life.