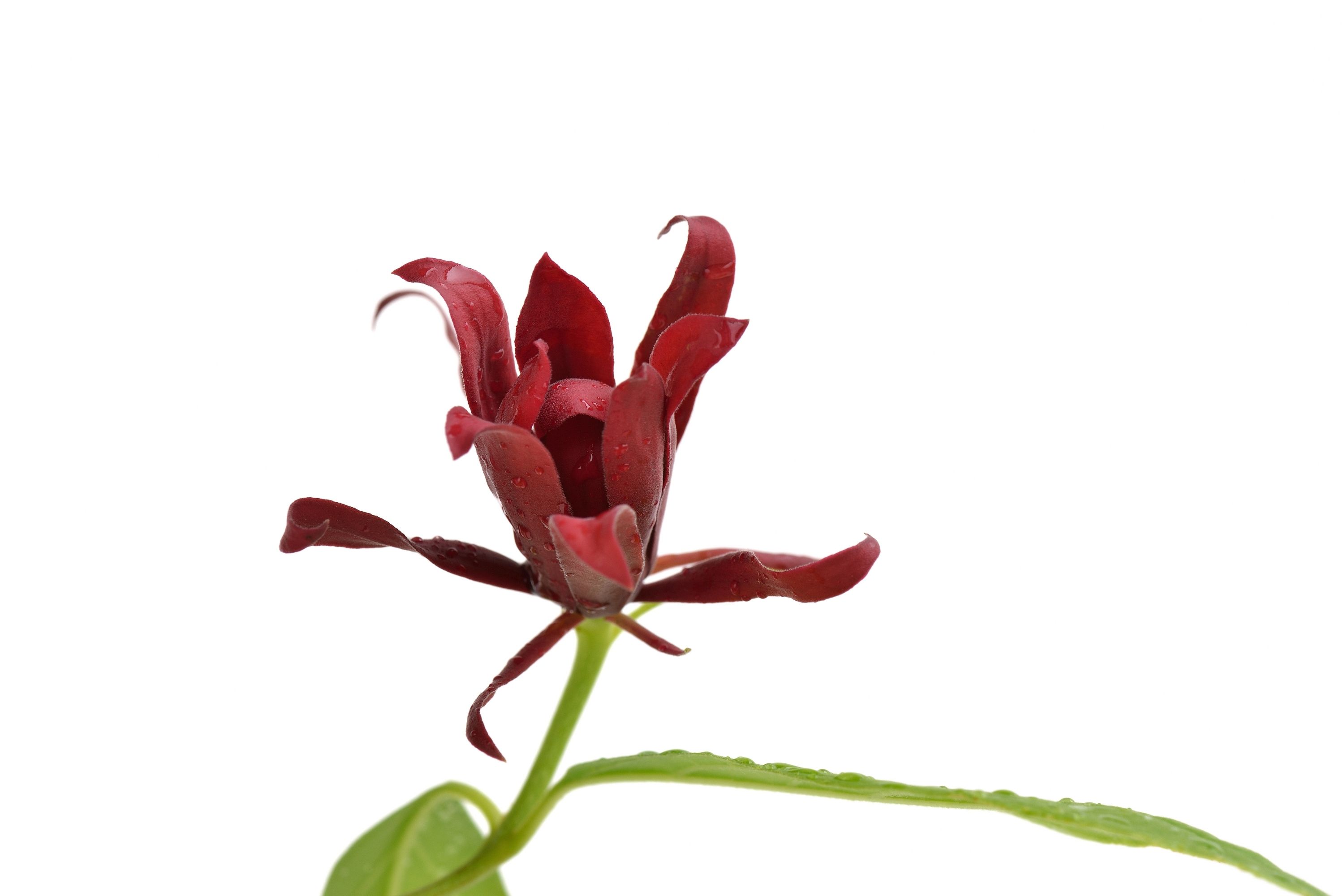 Calycanthus brockianus is a species of Magnoliopsida described by Ferry & Ferry f. Calycanthus brockianus belongs to the genus Calycanthus, and the family Calycanthaceae. None of these subspecies are listed. Calycanthus, called sweetshrub, is a genus of flowering plants in the family Calycanthaceae. The genus includes two to four species depending on taxonomic interpretation; three are accepted by most 21st century sources. Calycanthus plants are deciduous shrubs, growing to 4 m (13 ft) tall. The leaves are opposite and undivided. The plants are aromatic. The flowers are typical of the family Calycanthaceae in lacking distinct sepals and petals, but instead having spirals of tepals. Flowers are produced from spring onwards, until October in the case of C. occidentalis. The flowers of the two North American species are scented, 4–7 cm (1.6–2.8 in) across, with numerous dark red to burgundy to purplish brown tepals. C. chinensis has broader tepals, the outer ones white flushed with pink, the inner ones mostly yellow with purple marks at the base. The fruit is an elliptical dry capsule, containing numerous seeds. C. floridus and C. occidentalis are pollinated by beetles. Their flowers produce small protein-rich growths that feed beetle pollinators. C. occidentalis has been shown to produce chemicals that mimic fermenting fruits that attract beetles in the families Nitidulidae and Staphylinidae. The genus Calycanthus was created by Carl Linnaeus in 1759, with the sole species Calycanthus floridus. In 1762, he added Calycanthus praecox, now treated as Chimonanthus praecox. Calycanthus floridus and C. occidentalis were both used as a traditional medicinal plant by Native Americans. The indigenous peoples of California also used C. occidentalis in basketweaving and for arrow shafts. Calycanthus oil, distilled from the flowers, is an essential oil used in some quality perfumes.