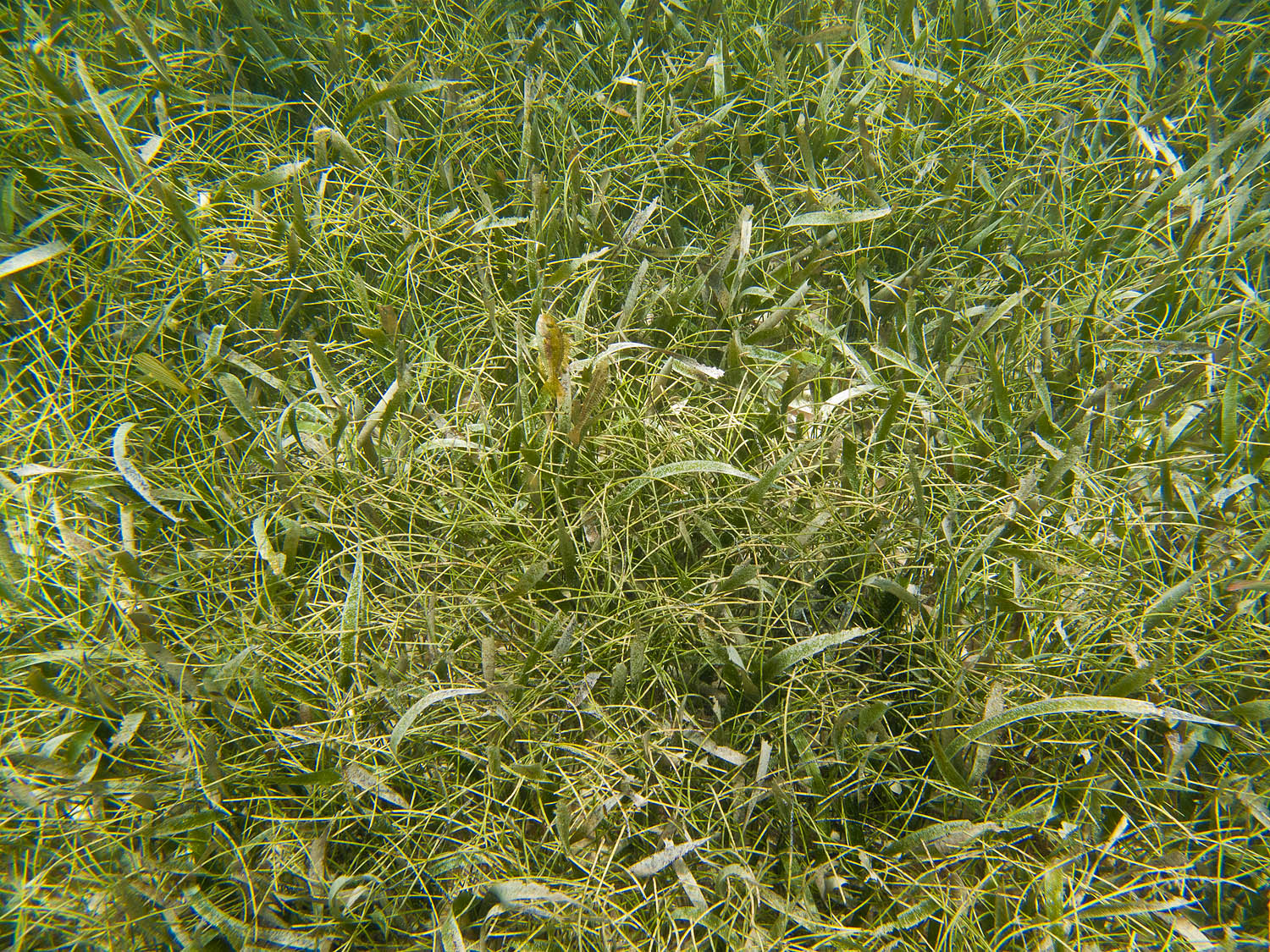 Manatee Grass (Syringodium filiforme) is a prominent component of seagrass beds in shallow warm waters from Florida and the Gulf Coast of the United States south through the West Indies to northern South America (Haynes 2000). It typically grows at depths ranging from around one to three meters (Duarte et al. 2007). It is found in the sublittoral zone (the region between the low tide mark and the edge of the continental shelf) of marine waters with sandy or muddy bottoms (Haynes 2000). Manatee Grass is dioecious (i.e., there are separate male and female plants) and pollination occurs underwater. Pollen is expelled in strands and forms clumps over several hours. Submarine pollination occurs when the pollen clumps collide with the stigmas (female parts) of the female plants. However, Syringodium pollen released on the water surface floats and coalesces, forming snowflake-like rafts, suggesting the possibility that surface pollination may occur as well during very low tides in populations growing in shallow water. (Cox et al. 1990)