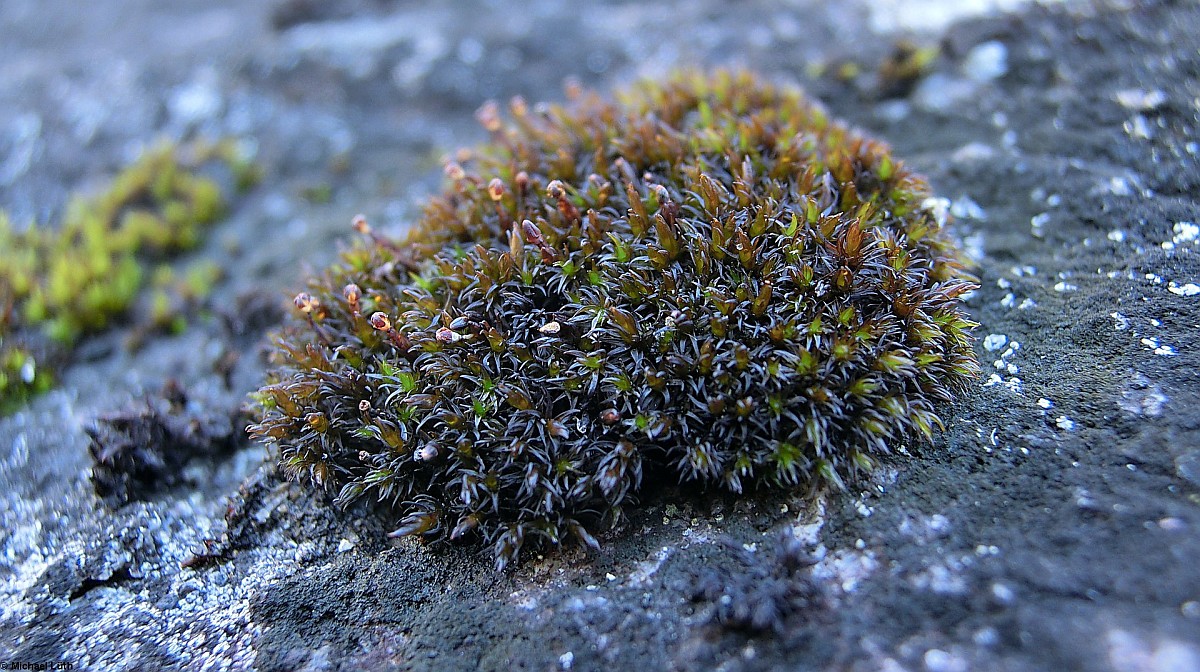 A. rothii forms dark brown to almost black cushions which often coalesce to form large patches with shoots up to 2 cm tall, but usually smaller. The leaves are 1-2 mm long, usually turned to one side when moist and can be strongly curved. They alter little when dry. The nerve is usually well-defined and fills the upper part of the leaf.The leaf has an egg-shaped basal part which is abruptly contracted to the long upper part with an acute tip. Two subspecies are recognized in Britain; subsp. falcata appears to be the more common of the two and has strongly curved leaves and an excurrent nerve filling much of the upper part of the leaf; subsp. rothii has less curved leaves and the leaf-blade cells are distinct up to the leaf tip. Many plants in Britain seem to have amixture of these characters and are difficult to assign to either subspecies.