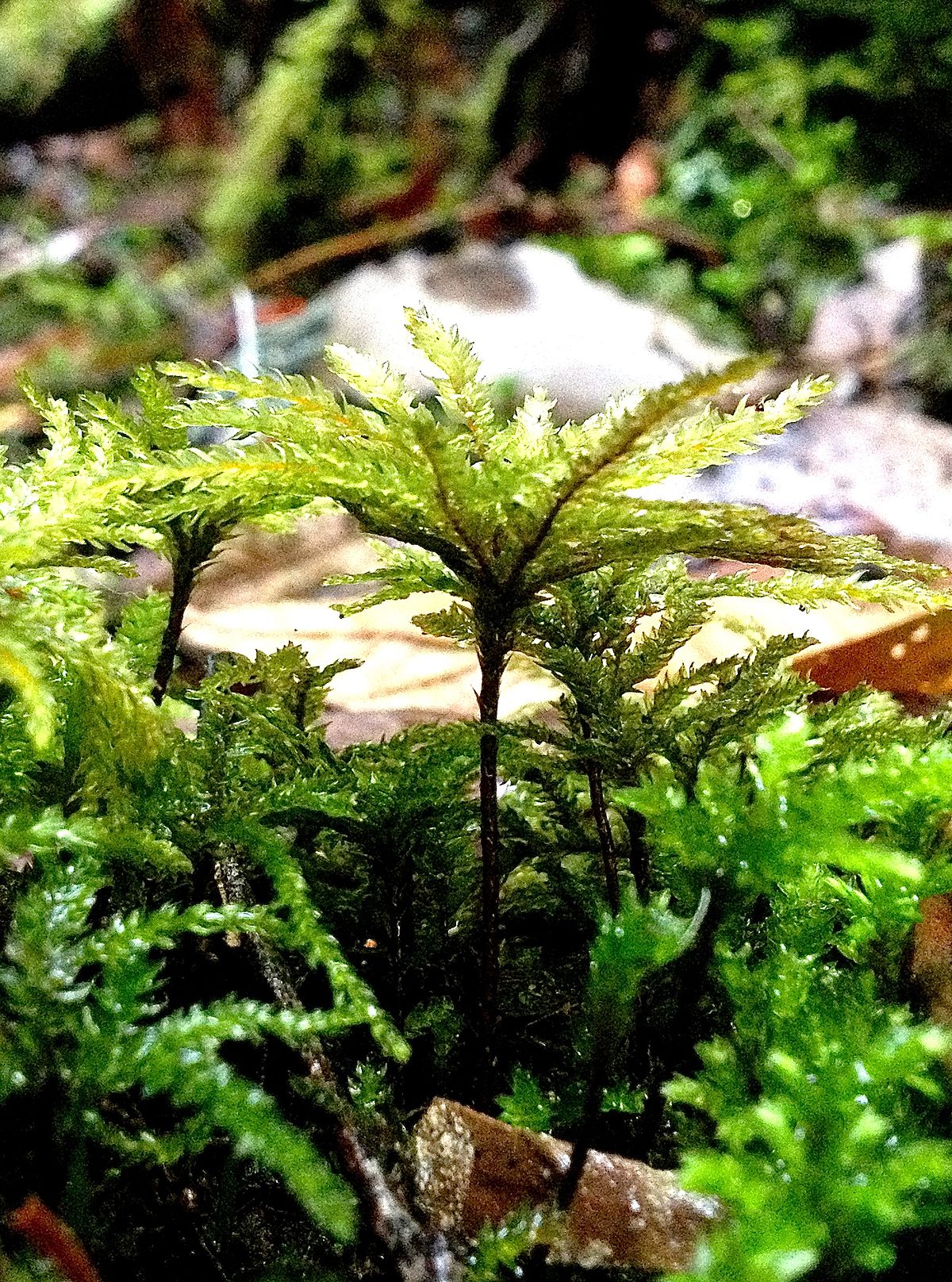 Hypnodendron comosum, commonly known as palm moss or palm tree moss, is a ground moss which can be divided into two varieties: Hypnodendron comosum var. comosum and Hypnodendron comosum var. sieberi. Both Hypnodendron varieties most commonly grow in damp locations in the temperate and tropical rainforests of New South Wales, Victoria, and Tasmania in southern Australia and in New Zealand. This "miniature forest" dendroid species is viewed by David Meagher and Bruce Fuhrer in their publication A Field Guide to the Mosses and Allied Plants of Southern Australia as one of the most beautiful and unique species of mosses in the southern region of Australia. While both varieties are extremely similar, they are easily identified by their elevation above other moss and lichen species within their ecosystem. Positioned atop an erect stem, the branches form an umbrella shape, the source of the common name "palm tree moss".