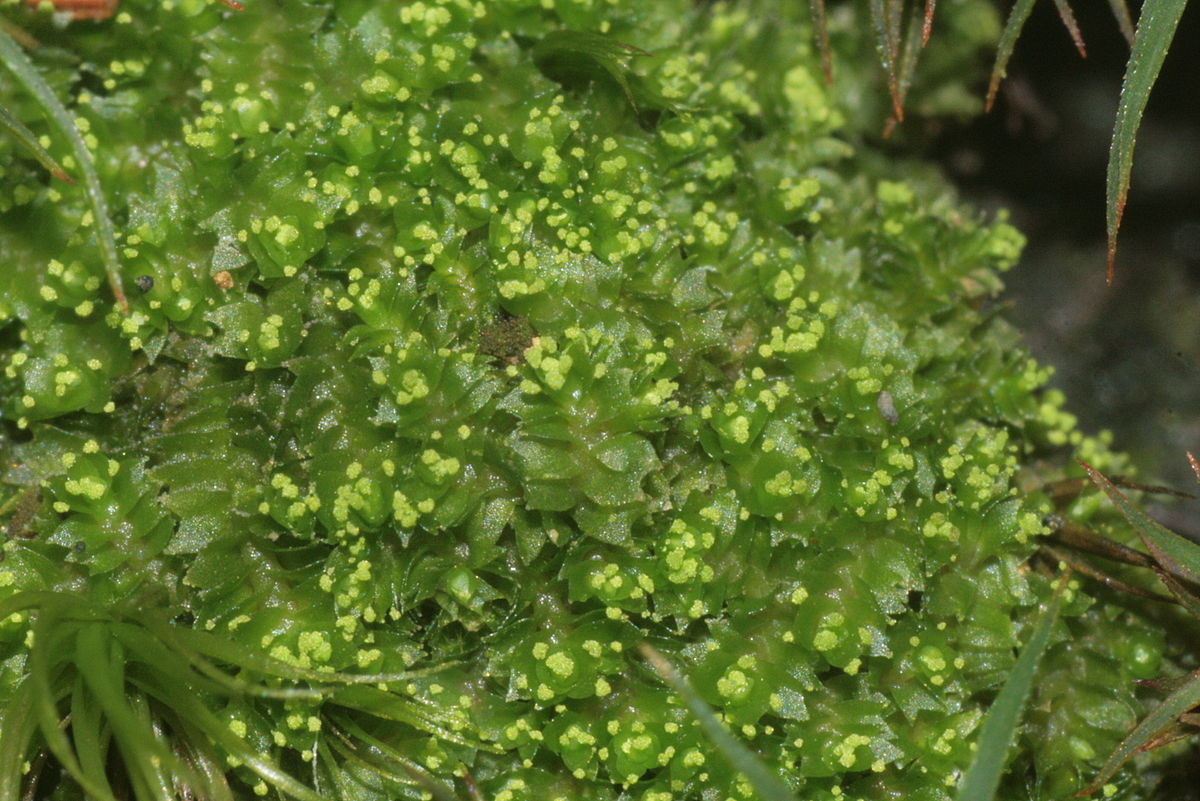 Lophozia ventricosa is a liverwort species of the family Lophoziaceae and belongs to the group of leafy liverworts. German -speaking names are common Spitzmoos or Bauchiges Spitzkelch-Lebermoos Lophozia ventricosa grows in light to dark green, flat lawns from about 1 to 2 inches long and 1 to 2 millimeters wide plants. The lower to more or less upright, brown and densely leafy stems are covered on its underside with numerous rhizoids . The unterschlächtig arranged flank sheets are ovate to rectangular and divided into two pointed lobes at the front. At the tips of the lobes usually yellow-green piles sit with about 20 microns large, one- or two-celled, angular brood-bodies . Lower leaves are missing. The leaf cells of the flank leaves are rounded four- to hexagonal, thin-walled and about 20 to 30 microns in the middle of the leaf. The corners of the cell are moderately thickened. There are 13 to 20 oil bodies per leaf cell. The moss species is dioecious . The perianth protrudes far out of the shell, is oblong-ovate to cylindrical, suddenly pulled together at the top with a few short folds and serrated at the mouth. Perianthien and Sporogone are rarely formed.