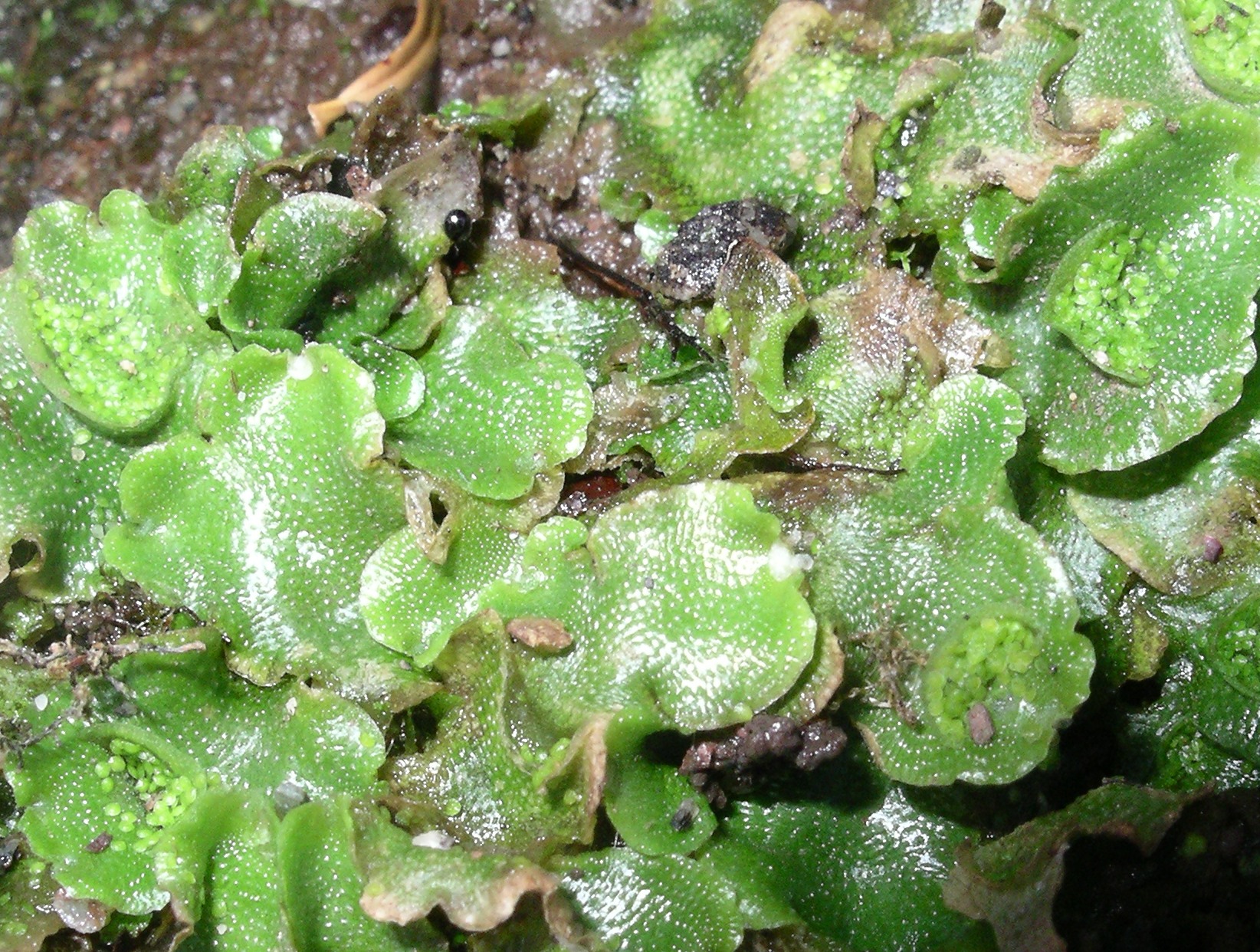 Lunularia cruciata, the crescent-cup liverwort, is a liverwort of order Lunulariales, and the only species in the genus Lunularia and family Lunulariaceae. The name, from Latin luna, moon, refers to the moon-shaped gemmacups. Lunularia occurs commonly in western Europe, where it is native to the region around the Mediterranean. It is also common in California, where it now grows "wild", and is known as an introduced weed in gardens and greenhouses in Australia. Ella Orr Campbell believed that Lunularia was introduced into New Zealand sometime after 1867. In America, the species grows only as a sterile form, easily recognized by the crescent-shaped cups containing asexual gemmae. The discus-shaped gemmae are readily dislodged from the cups by splashes of rainwater. They can then quickly "take root" and start to grow in suitably damp places, which is why they are so successful in greenhouses. Lunularia is not purely asexual; it can also reproduce sexually (see illustration) with four archegonia arranged in a cross-shaped head (hence the specific name cruciata) bearing diploid sporophyte plantlets. As in other liverworts, the main plant body or thallus is a haploid gametophyte. Like many other liverwort species, Lunularia produces a dihydrostilbenoid growth hormone, lunularic acid, that is reported to be a growth inhibitor of liverworts.