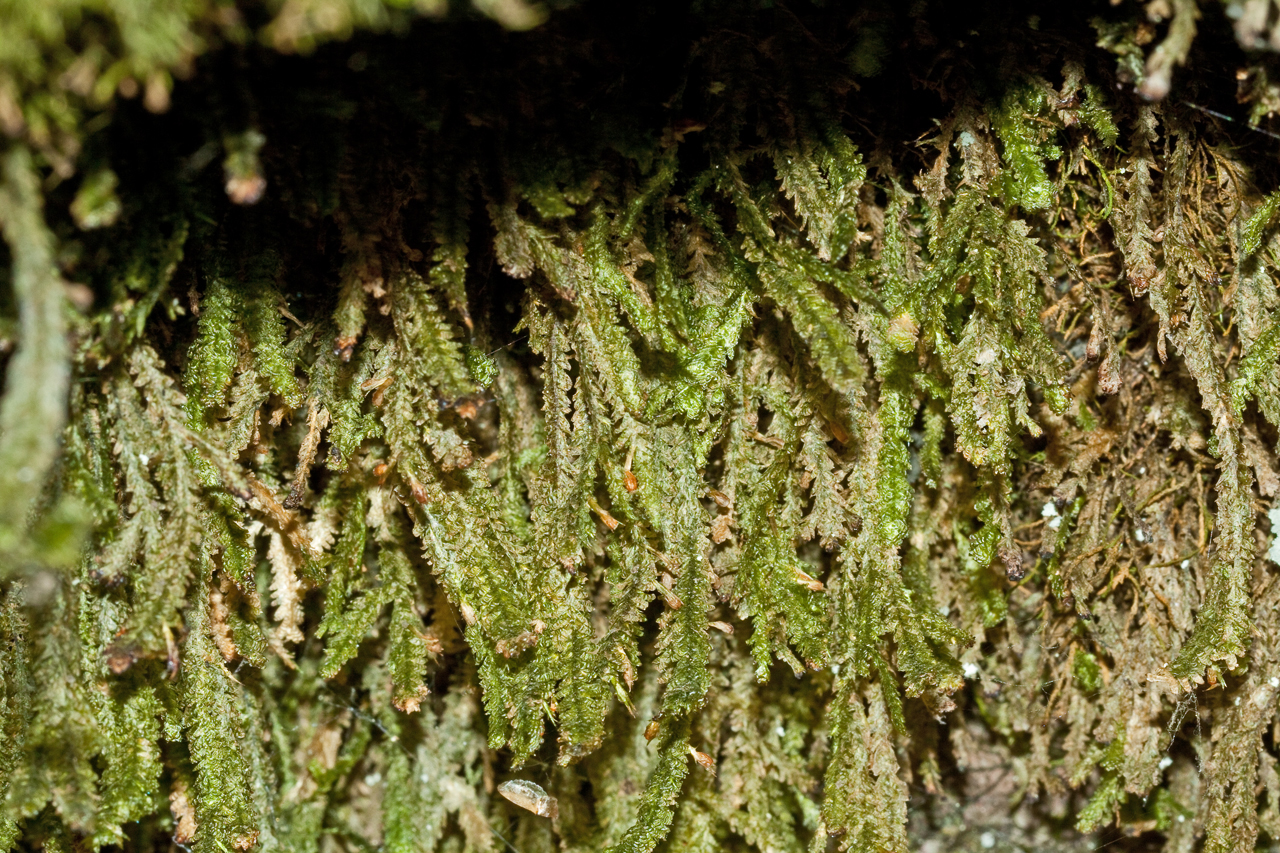 Neckera , sometimes called Neckermoose in German, is a genus of foliage (Bryopsida). It contains some of the most striking Central European species due to its flattened leaves and its size. It was named after the botanist No-l Martin Joseph de Necker . The plants of the genus form delicate to vigorous, always very shining lawns. The shoot tips are ascending, or when the plant is growing on vertical substrates, directed forward from the substrate. Many of the species are simple or double feverish. Some of the species form flagellas . The leaves, which are rotated in such a way that the leaf surface always lies on one plane (flattened leaves) are cross-wavy in many species. They are tongue-shaped or spatula-shaped and often a little unsymmetrical. A leaf rib is missing, is short and double, or simple. The cells of the leaf-blade are prosenchymatic in the lower part of the leaf (elongated, becoming ever shorter towards the tip of the leaf, and rhombic at the end). The capsule can be raised above the leaves as well as inserted. The double peristome is in contrast to other genera of the family quergestreift only at the bottom.