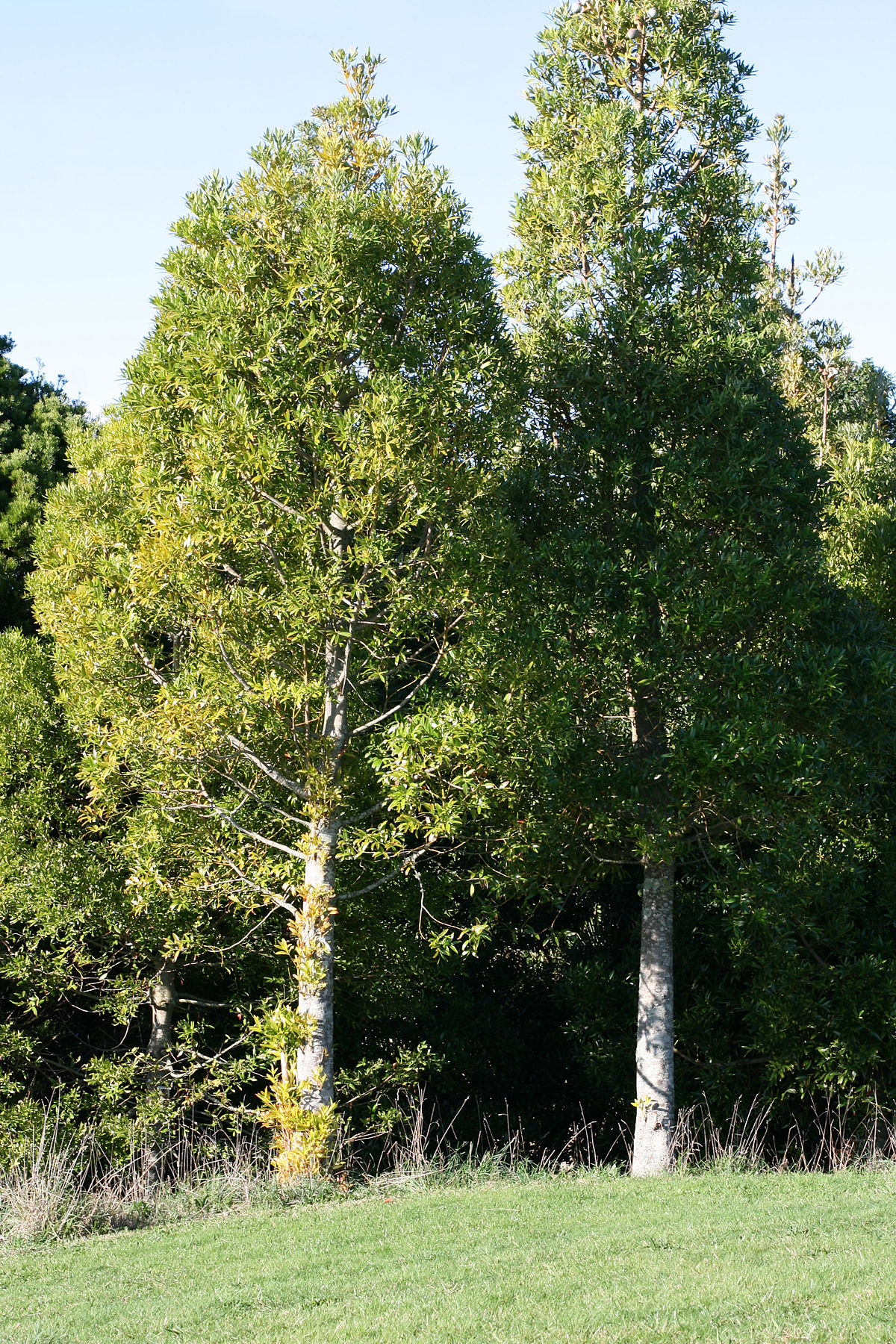 Mature kauri trees have characteristically large trunks, forming a bole with little or no branching below the crown. In contrast, young trees are normally conical in shape, forming a more rounded or irregularly shaped crown as they achieve maturity. The bark is smooth and light grey to grey-brown, usually peeling into irregular flakes that become thicker on more mature trees. The branch structure is often horizontal or, when larger, ascending. The lowest branches often leave circular branch scars when they detach from the lower trunk. The juvenile leaves in all species are larger than the adult, more or less acute, varying among the species from ovate to lanceolate. Adult leaves are opposite, elliptical to linear, very leathery and quite thick. Young leaves are often a coppery-red, contrasting markedly with the usually green or glaucous-green foliage of the The male pollen cones appear usually only on larger trees after seed cones have appeared. The female seed cones usually develop on short lateral branchlets, maturing after two years. They are normally oval or globe shaped. Seeds of some species are attacked by the caterpillars of Agathiphaga, some of the most primitive of all living moths.