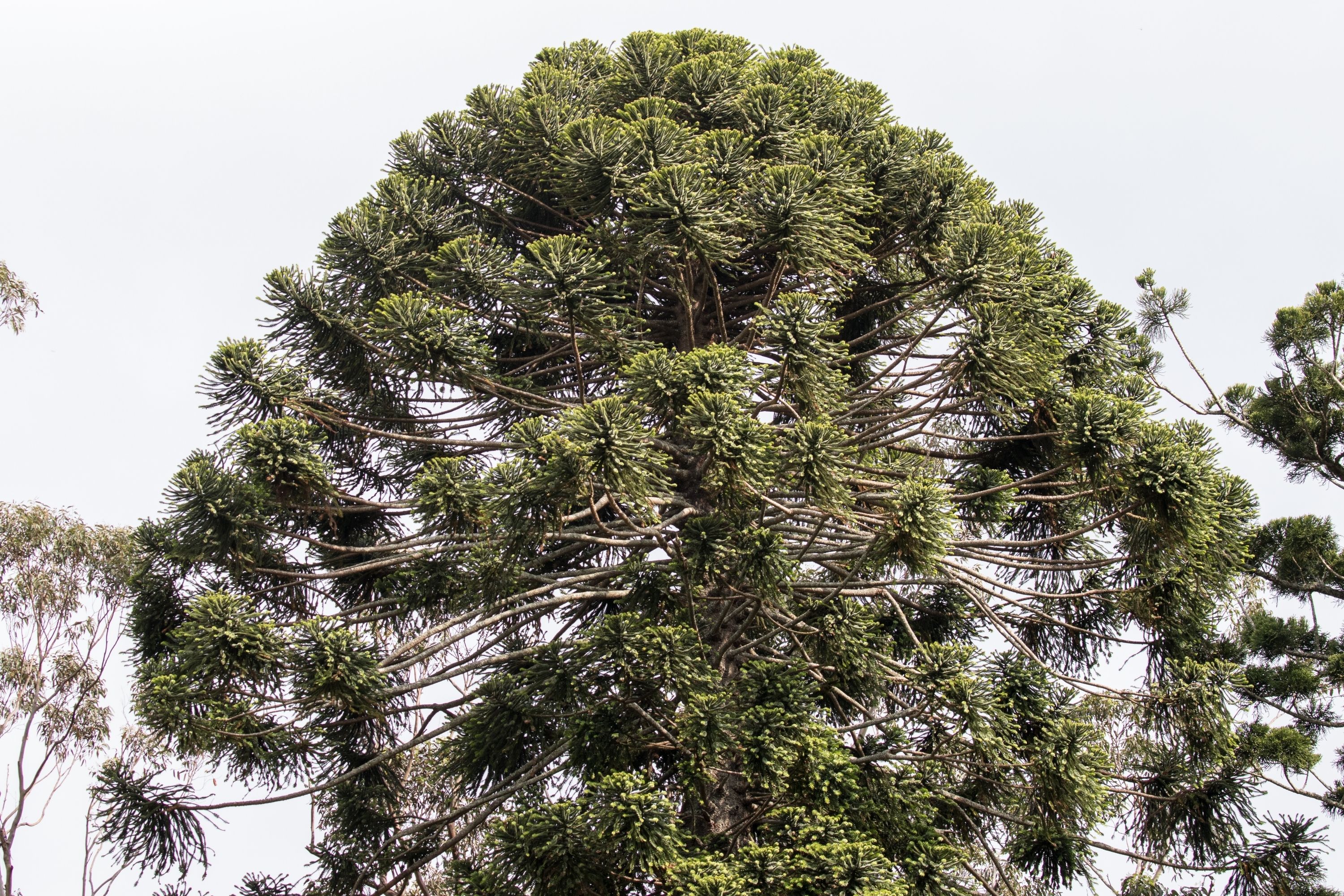 Araucaria bidwillii, commonly known as the bunya pine and sometimes referred to as the false monkey puzzle tree, is a large evergreen coniferous tree in the plant family Araucariaceae. It is found naturally in south-east Queensland Australia and two small disjunct populations in north eastern Queensland's World Heritage listed Wet Tropics. There are many old planted specimens in New South Wales, and around the Perth, Western Australia metropolitan area. They can grow up to 30–45 m (98–148 ft). The tallest presently living is one in Bunya Mountains National Park, Queensland which was reported by Robert Van Pelt in January 2003 to be 169 feet (51.5 m) in height. The Bunya tree grows to a height of 30–45 metres, and the cones, which contain the edible kernels, are the size of soccer balls. The 1889 book The Useful Native Plants of Australia records that "The cones shed their seeds, which are two to two and a-half inches long by three-quarters of an inch broad ; they are sweet before being perfectly ripe, and after that resemble roasted chestnuts in taste. They are plentiful once in three years, and when the ripening season arrives, which is generally in the month of January. The trees pollinate in South East Queensland in September/October and the cones fall 17 to 18 months later in late January to early March from the coast to the current Bunya Mountains. When there is heavy rainfall or drought, pollination may vary. Native in Queensland, historically trees were found in populations recorded as abundant and widespread in suitable habitats of South East Queensland and Wide Bay-Burnett (regions). In these regions of Queensland the natural ecosystems growing Bunya Pines have sustained European agricultural occupation and have been fragmented now into the areas of the Blackall Range, Bunya Mountains, upper Brisbane River reaches and upper Mary River valley. Natural ecosystems having Bunya pines are found again approximately 1,500 km (930 mi) to the north, in the wet tropics region of north eastern Queensland. There the species natural populations are rare and restricted. Two outlying restricted populations are known in the Cannabullen Falls and Mount Lewis areas.