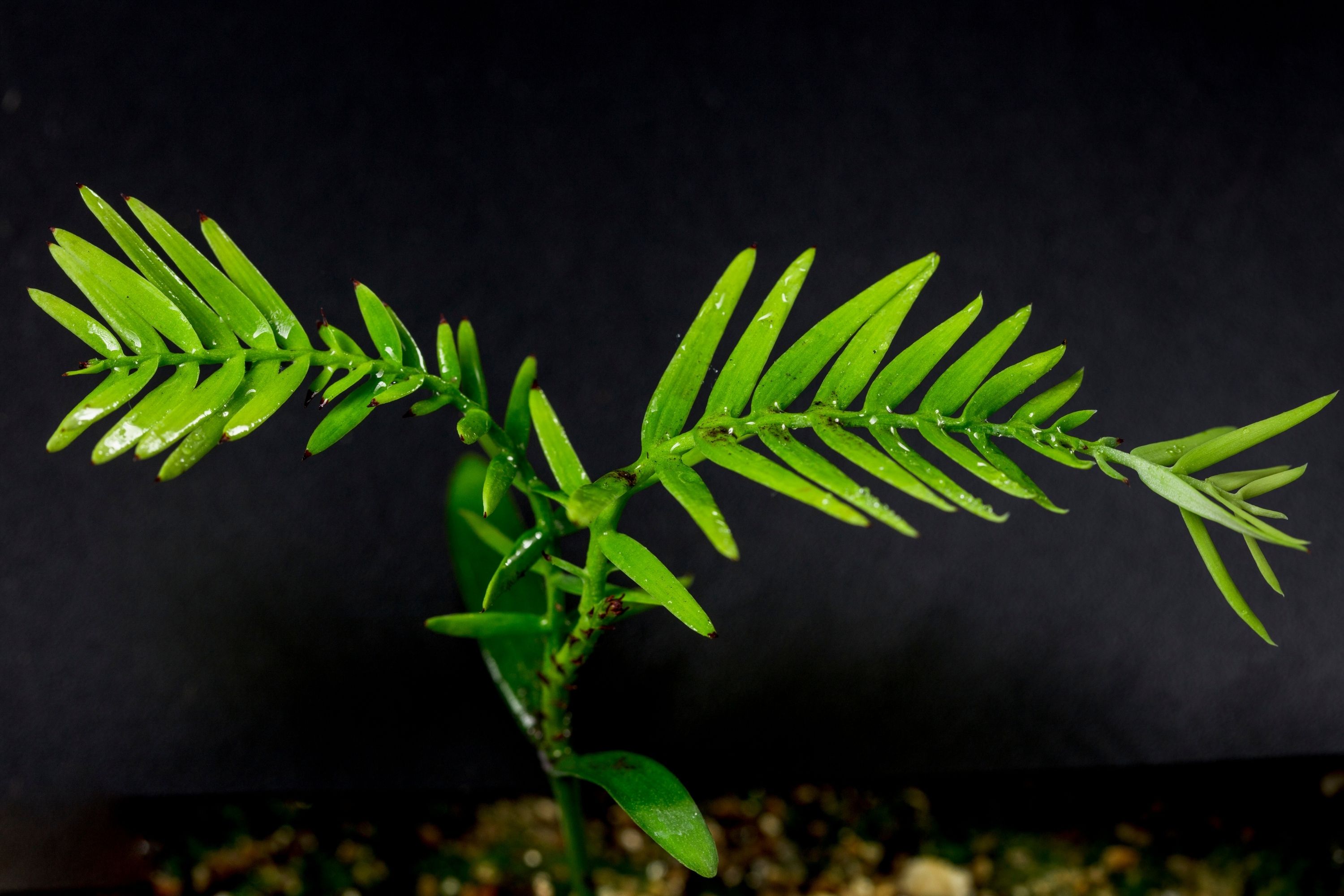 Wollemia nobilis is a species of Plantae in the genus Tracheophyta, and described by WG Jones, et al. Wollemia nobilis belongs to the genus Wollemia, and the family Araucariaceae. Wollemia is a genus of coniferous trees in the family Araucariaceae. It was known only through fossil records until 1994, when the Australian species Wollemia nobilis was discovered in a temperate rainforest wilderness area of the Wollemi National Park in New South Wales. It was growing in a remote series of narrow, steep-sided, sandstone gorges 150 km (93 mi) north-west of Sydney. The genus is named after the National Park. In both botanical and popular literature, the tree has been almost universally referred to as the Wollemi pine, although it is not a true pine (genus Pinus), nor a member of the pine family (Pinaceae), but is related to Agathis and Araucaria in the family Araucariaceae. The Wollemi pine is classified as critically endangered (CR) on the IUCN's Red List, and is legally protected in Australia. After it was discovered that the trees could be successfully cloned, new trees were potted up in the Botanic Gardens of Sydney and Mount Annan. A Recovery Plan has been drawn up, outlining strategies for the management of this fragile population. The overall objective is to ensure that the species remains viable in the long term. Australian prime ministers and foreign affairs ministers have presented Wollemi pines to various dignitaries around the world. Wollemia nobilis is an evergreen tree reaching 25–40 m (82–131 ft) tall. The bark is very distinctive, dark brown, and knobbly, quoted as resembling the breakfast cereal Coco Pops. The tree coppices readily, and most specimens are multiple-trunked or appear as clumps of trunks thought to derive from old coppice growth, with some consisting of up to 100 stems of differing sizes. The branching is unusual in that nearly all the side branches never have further branching. After a few years, each branch either terminates in a cone (either male or female) or ceases growth. After this, or when the cone becomes mature, the branch dies. New branches then arise from dormant buds on the main trunk. Rarely, a side branch will turn erect and develop into a secondary trunk, which then bears a new set of side branches. The leaves are flat linear, 3–8 cm (1.2–3.1 in) long and 2–5 mm (0.079–0.197 in) broad.