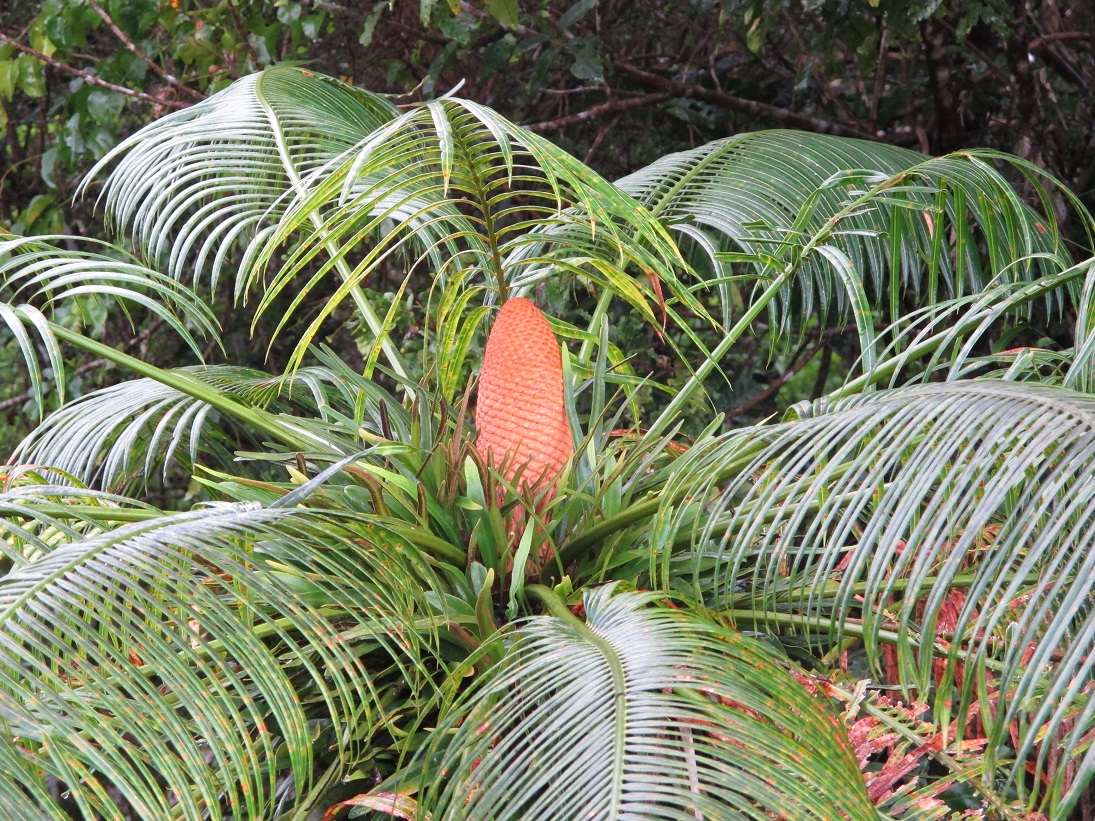 “Pet poisonous” – Toxic parts: entire plant esp seeds Cycas micronesica is a type of cycad found in the island of Yap in Micronesia, the Marianas islands of Guam and Rota, and The Republic of Palau. It is commonly known as Federico nut or Fadang in Chamorro. The species, previously lumped with Cycas rumphii or Cycas circinalis, was described in 1994 by Ken Hill. Paleoecological studies have determined that C. micronesica has been present on the island of Guam for about 9,000 years. It is linked with the human degenerative disease Lytico-Bodig disease, which is similar to amyotrophic lateral sclerosis (ALS) through a neurotoxin in the seeds, which were a traditional food source on Guam until the 1960s.