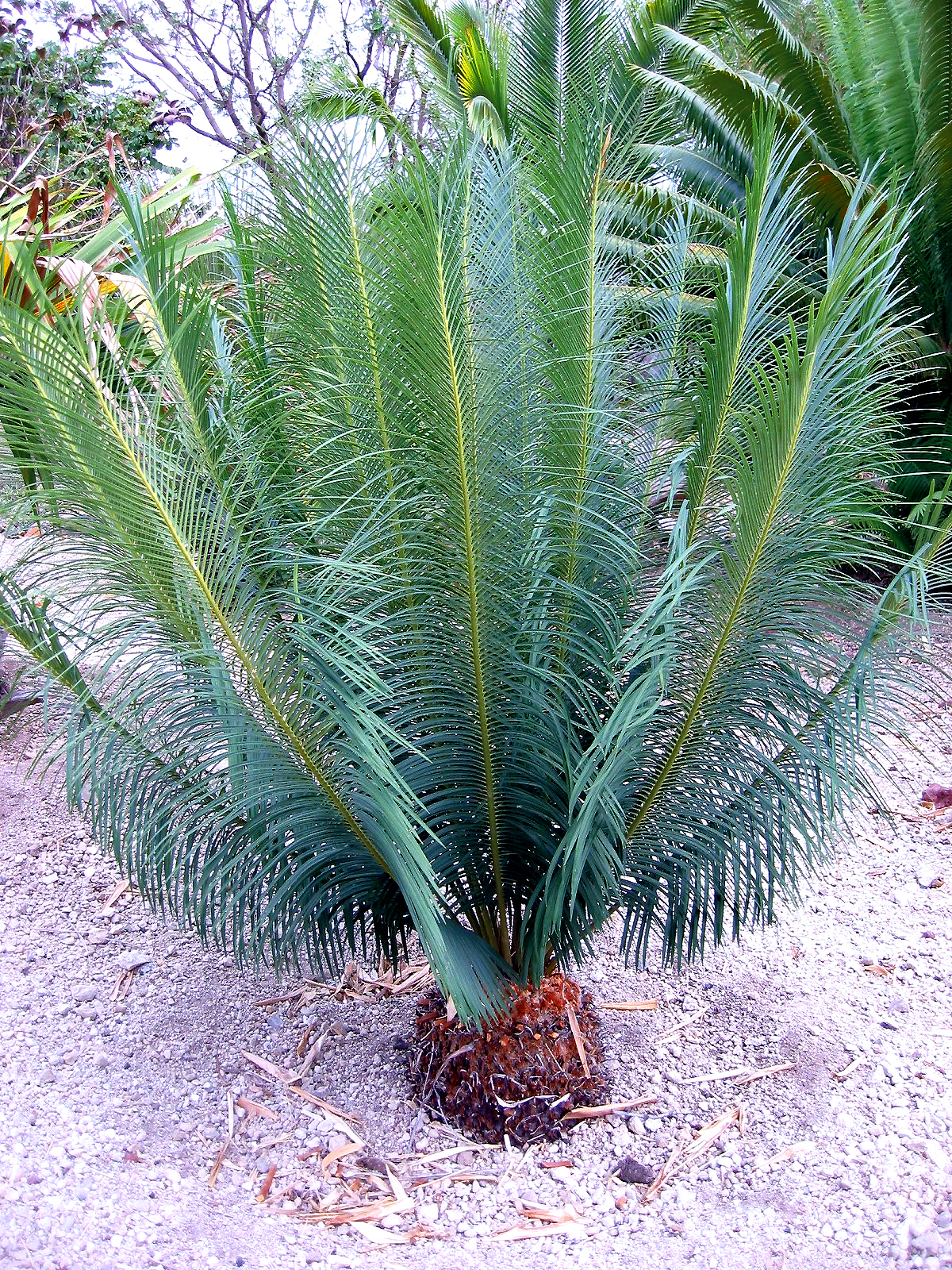 “Pet poisonous” – Toxic parts: entire plant esp seeds Cycas panzhihuaensis is a rare and endangered species of cycad known in the wild only from Sichuan and Yunnan provinces in China. It can be seen at the South China Botanical Garden in Guangzhou and is also cultivated for horticulture, where it is often known as the Dukou sago palm. Cycas is the type genus and the only genus recognised in the family Cycadaceae. About 113 species are accepted.Cycas circinalis, a species endemic to India was the first cycad species to be described and was the type of the generic name, Cycas. The best-known Cycas species is Cycas revoluta. The Cycas is a very ancient genus of trees. The group achieved its maximum diversity in the Jurassic and Cretaceous periods, when it was distributed almost worldwide. At the end of the Cretaceous, when the non-avian dinosaurs became extinct, so did most of the cycas in the Northern Hemisphere.