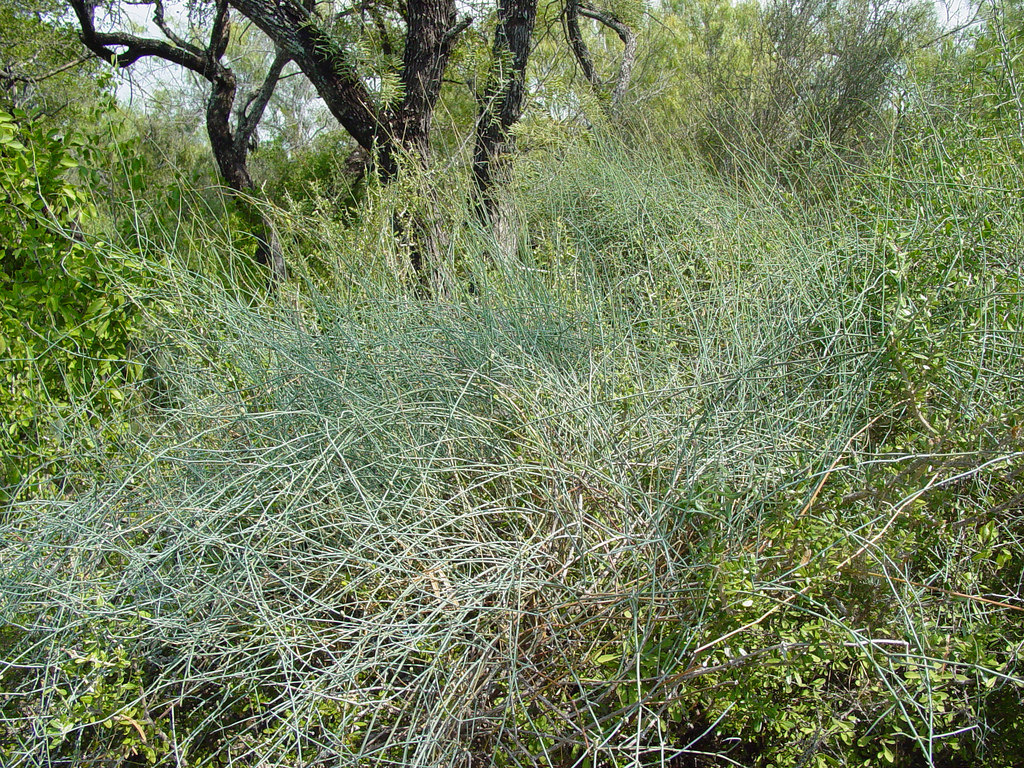 Ephedra pedunculata, common name Clap-weed, vine Mormon tea or Comida de V-vora, is a plant species native to southern Texas and to Mexico as far south as Zacatecas. It grows in sandy or rocky slopes and outcrops.Most species of Ephedra (called "Mormon tea") are shrubs, but Ephedra pedunculata is a trailing or clambering woody vine up to 7 m (23 ft) long. Bark is gray, becoming cracked with age. Leaves are opposite, up to 3 mm (0.12 in) long. Microsporangial (pollen-producing cones) are 1-2 mm long, compared to less than 1 mm in many other species. Seed cones are 6-10 mm (0.24-0.39 in) long, each containing 2 ellipsoid seeds 4-10 mm (0.16-0.39 in) long.