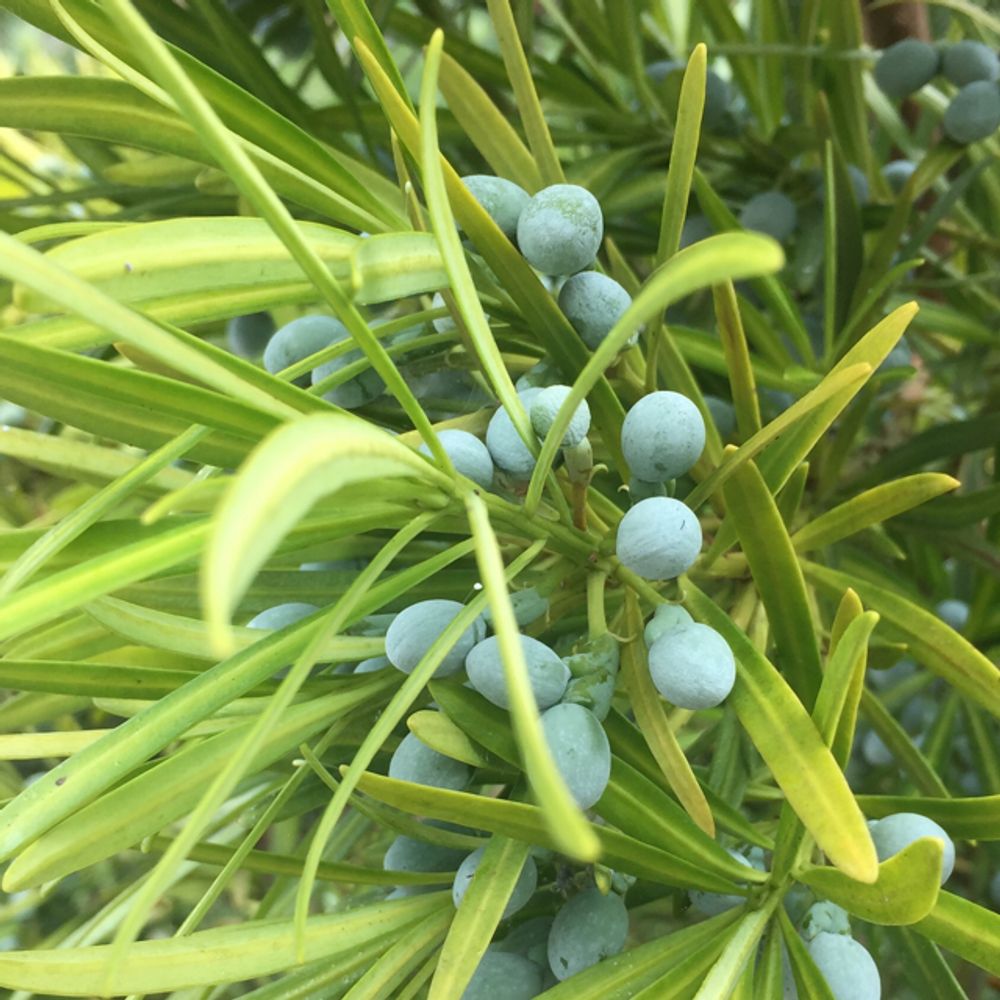 Podocarpus elongatus (Breede River yellowwood) is a species of conifer in the Podocarpaceae family. In contrast to other yellowwood species of Southern Africa, Podocarpus elongatus resembles an enormous, round, multi-stemmed bush in its habit.It can be distinguished from the other yellowwood species of Southern Africa by its relatively elongated, grey-blue leaves (hence its species name "elongatus"), and by its round, bushy shape. Note however, that Podocarpus henkelii was not described till after the name Podocarpus elongatus was established, and its leaves are decidedly longer, which might lead to some confusion. Podocarpus elongatus generally grows about as wide as it is tall, and its foliage reaches very low, rougghly resembling a hut in habit. This is the only South African Yellowwood species that coppices when the trunk is damaged. It is a riverine species, and its ability to coppice is important to its survival in the event of its being knocked down by floods.It occurs only in South Africa, where it is restricted to the Breede River valley in the Western Cape and its range extends as far north as the Cedarberg mountains. It typically grows along rivers and on rocky outcrops in fynbos vegetation.As a garden tree it is sometimes grown as an ornamental feature and its fruit attracts birds. Climatically it is hardier than other Yellowwood species in surrounding regions. The Breede River Yellowwood is a protected tree in South Africa.