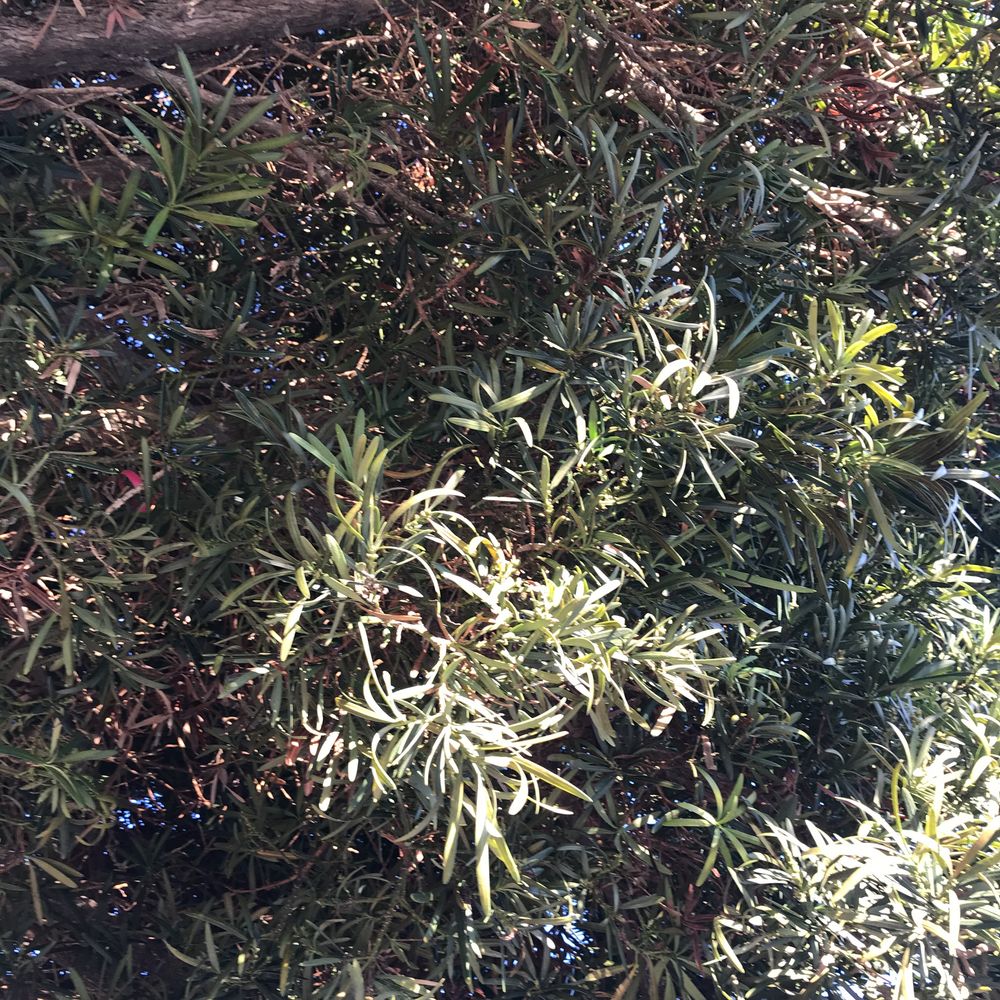 Podocarpus macrophyllus is a conifer in the genus Podocarpus, family Podocarpaceae. It is the northernmost species of the genus, native to southern Japan and southern and eastern China. Common names in English include yew plum pine, Buddhist pine and fern pine. Kusamaki (----) and inumaki (--) are Japanese names for this tree. In China, it is known as --- or lu-h-n s-ng, which literally means "arhat pine".Podocarpus macrophyllus seed cones with two seeds.It is a small to medium size evergreen tree, reaching 20 m tall. The leaves are strap-shaped, 6-12 cm long, and about 1 cm broad, with a central midrib. The cones are borne on a short stem, and have 2-4 scales, usually only one (sometimes two) fertile, each fertile scale bearing a single apical seed 10-15 mm. When mature, the scales swell up and become reddish purple, fleshy and berry-like, 10-20 mm long; they are then eaten by birds, which disperse the seeds in their droppings.Podocarpus macrophyllus occurs in forests, open thickets, and roadsides from near sea level to 1000 m.