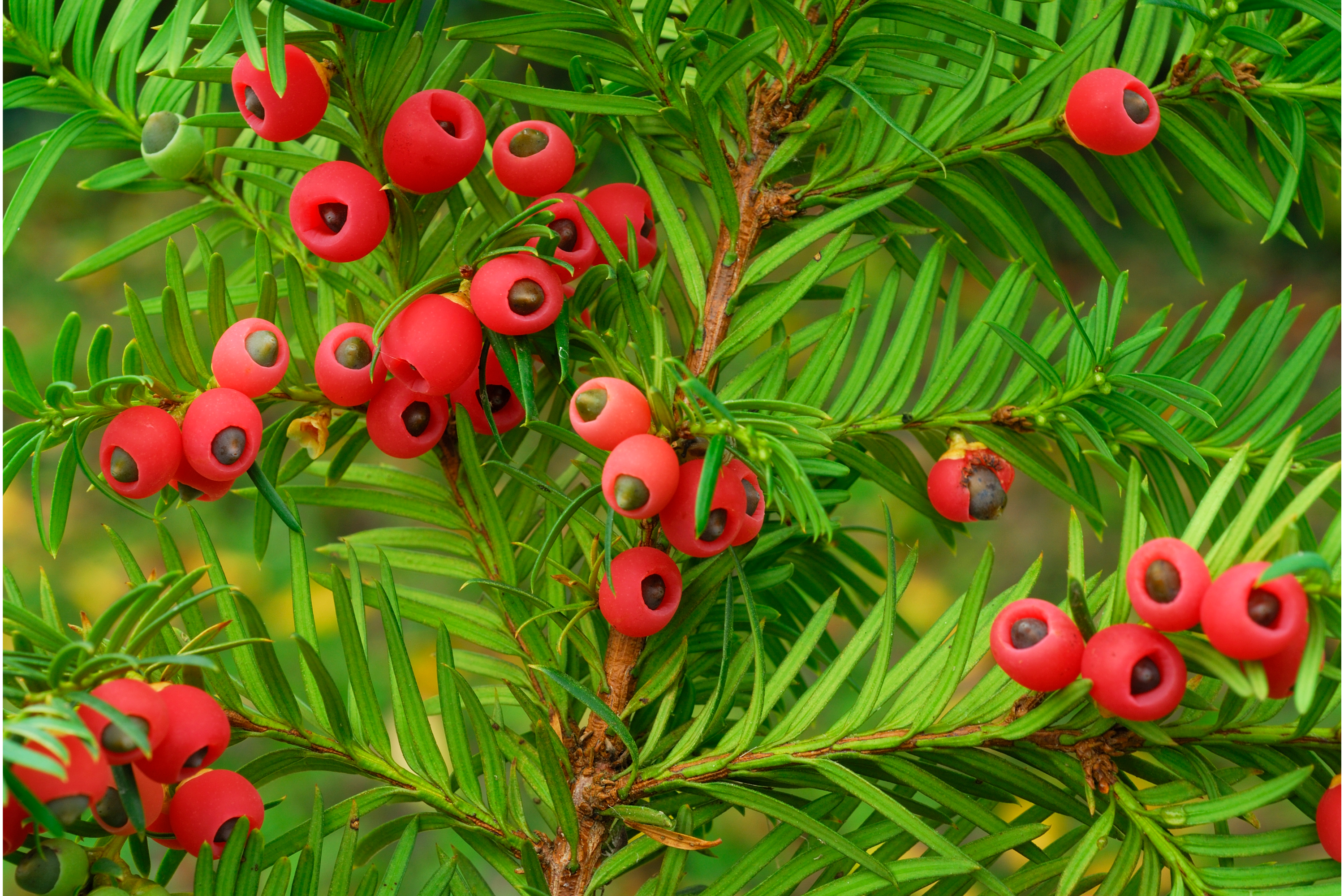 “Pet poisonous” - Toxic to Dogs Taxus baccata is a conifer native to western, central and southern Europe, northwest Africa, northern Iran and southwest Asia. It is the tree originally known as yew, though with other related trees becoming known, it may now be known as English yew, or European yew. It is a small to medium-sized evergreen tree, growing 10–20 metres (33–66 ft) (exceptionally up to 28 metres (92 ft)) tall, with a trunk up to 2 metres (6 ft 7 in) (exceptionally 4 metres (13 ft)) in diameter. The bark is thin, scaly brown, coming off in small flakes aligned with the stem. The leaves are flat, dark green, 1–4 centimetres (0.39–1.57 in) long and 2–3 millimetres (0.079–0.118 in) broad, arranged spirally on the stem, but with the leaf bases twisted to align the leaves in two flat rows either side of the stem, except on erect leading shoots where the spiral arrangement is more obvious. The leaves are poisonous. All parts of a yew plant are toxic to humans, due to taxine alkaloids, with the exception of the yew berries (however, their seeds are toxic). Additionally, male and monoecious yews in this genus release cytotoxic pollen, which can cause headaches, lethargy, aching joints, itching, and skin rashes; it is also a trigger for asthma. These pollen grains are only 15 microns in size, and can easily pass through most window screens