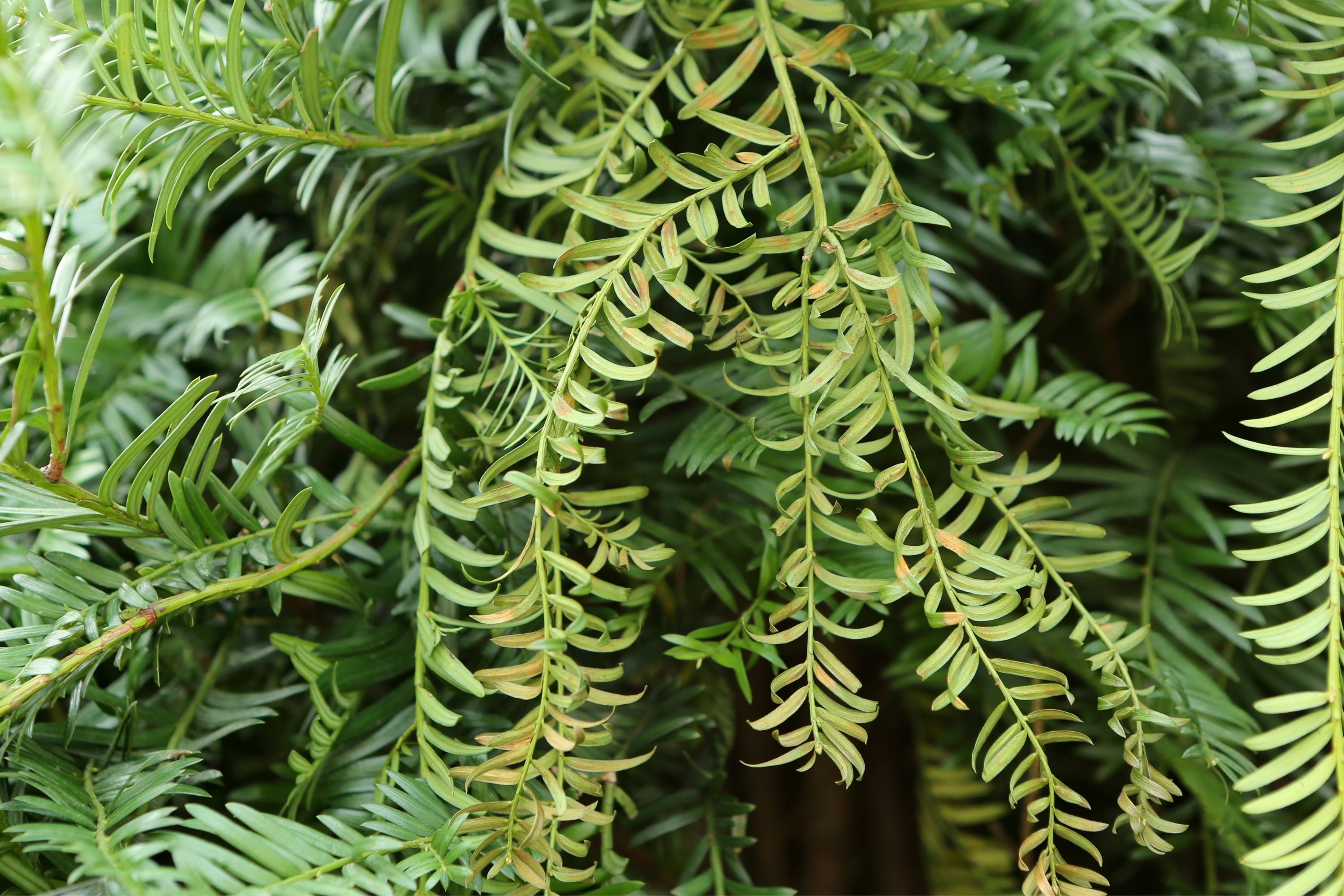 Taxus chinensis is a species of yew. It is commonly called the Chinese yew, though this term also refers to Taxus celebica or Taxus sumatrana. Taxifolin can be found in Taxus chinensis var. mairei. This plant is used against cancer. Paclitaxel or Taxol can be produced. The tree can also be used in many other ways and is under special protection of national and international laws. Taxus is a genus of coniferous trees or shrubs known as yews in the family Taxaceae. They are relatively slow-growing and can be very long-lived, and reach heights of 2.5–20 m (8.2–65.6 ft), with trunk girth averaging 5 m (16 ft). They have reddish bark, lanceolate, flat, dark-green leaves 10–40 mm (1⁄2–1+1⁄2 in) long and 2–3 mm (3⁄32–1⁄8 in) broad, arranged spirally on the stem, but with the leaf bases twisted to align the leaves in two flat rows either side of the stem. The oldest known fossil species are from the Early Cretaceous. The seed cones are highly modified, each cone containing a single seed 4–7 mm (5⁄32–9⁄32 in) long partly surrounded by a modified scale which develops into a soft, bright red berry-like structure called an aril, 8–15 mm (5⁄16–19⁄32 in) long and wide and open at the end. The arils are mature 6–9 months after pollination, and with the seed contained are eaten by thrushes, waxwings and other birds, which disperse the hard seeds undamaged in their droppings; maturation of the arils is spread over 2–3 months, increasing the chances of successful seed dispersal. The male cones are globose, 3–6 mm (1⁄8–1⁄4 in) across, and shed their pollen in early spring. Yews are mostly dioecious, but occasional individuals can be variably monoecious, or change sex with time. Yews occur around the globe in temperate zones of the northern hemisphere, northernmost in Norway and southernmost in the South Celebes. Some populations exist in tropical highlands. Yews typically occur in the understory or canopy of moist temperate or tropical mountain forests. Elevation varies by latitude from 3,000 m (9,800 ft) in tropical forests to near sea level in its northernmost populations. Yews are common in landscape architecture, giving rise to widespread naturalized populations in the United States. There, both T. baccata and T. cuspidata are common ornamental shrubs. T. baccata appears throughout Europe and into western Asia. T. cuspidata occurs over much of East Asia, in China, Japan, Korea, and Sakhalin.