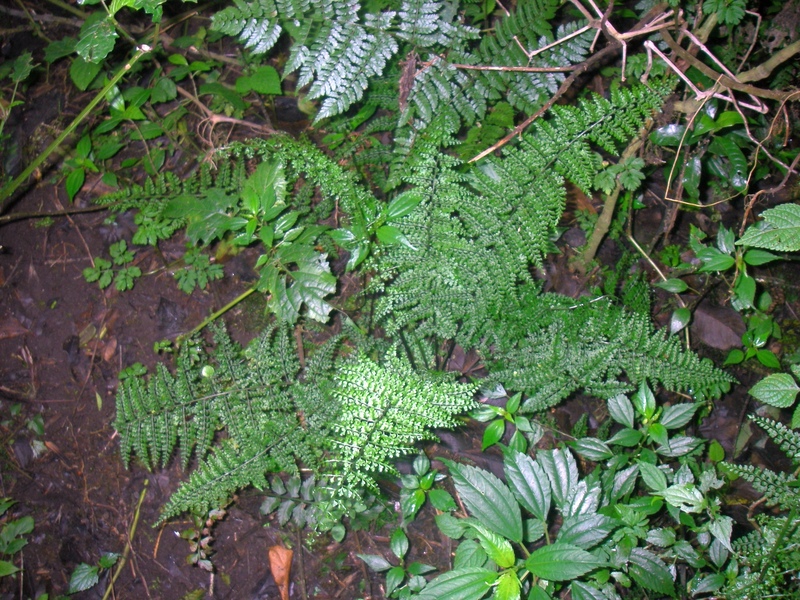 Cicuta, commonly known as water hemlock, is a small genus of four species of highly poisonous plants in the family Apiaceae. They are perennial herbaceous plants which grow up to 2.5 meters (8.2 ft) tall, having distinctive small green or white flowers arranged in an umbrella shape (umbel). Plants in this genus may also be referred to as cowbane or poison parsnip. Cicuta is native to temperate regions of the Northern Hemisphere, mainly North America and Europe, typically growing in wet meadows, along streambanks and other wet and marshy areas. These plants bear a close resemblance to other members in the family Apiaceae and may be confused with a number of other edible and poisonous plants. The common name hemlock may also be confused with poison hemlock (Conium maculatum).Water hemlock is considered one of North America's most toxic plants, being highly poisonous to humans. Three members of the genus contain a toxin named cicutoxin which causes central nervous system stimulatory effects including seizures following ingestion. Medical treatment of poisoning may include the use of activated charcoal to decrease gastrointestinal absorption of the toxic principle along with supportive care including anticonvulsant drugs such as a benzodiazepine. High doses of anticonvulsant medicine are often required to halt seizure activity and further medical care including intubation and mechanical ventilation may be required.