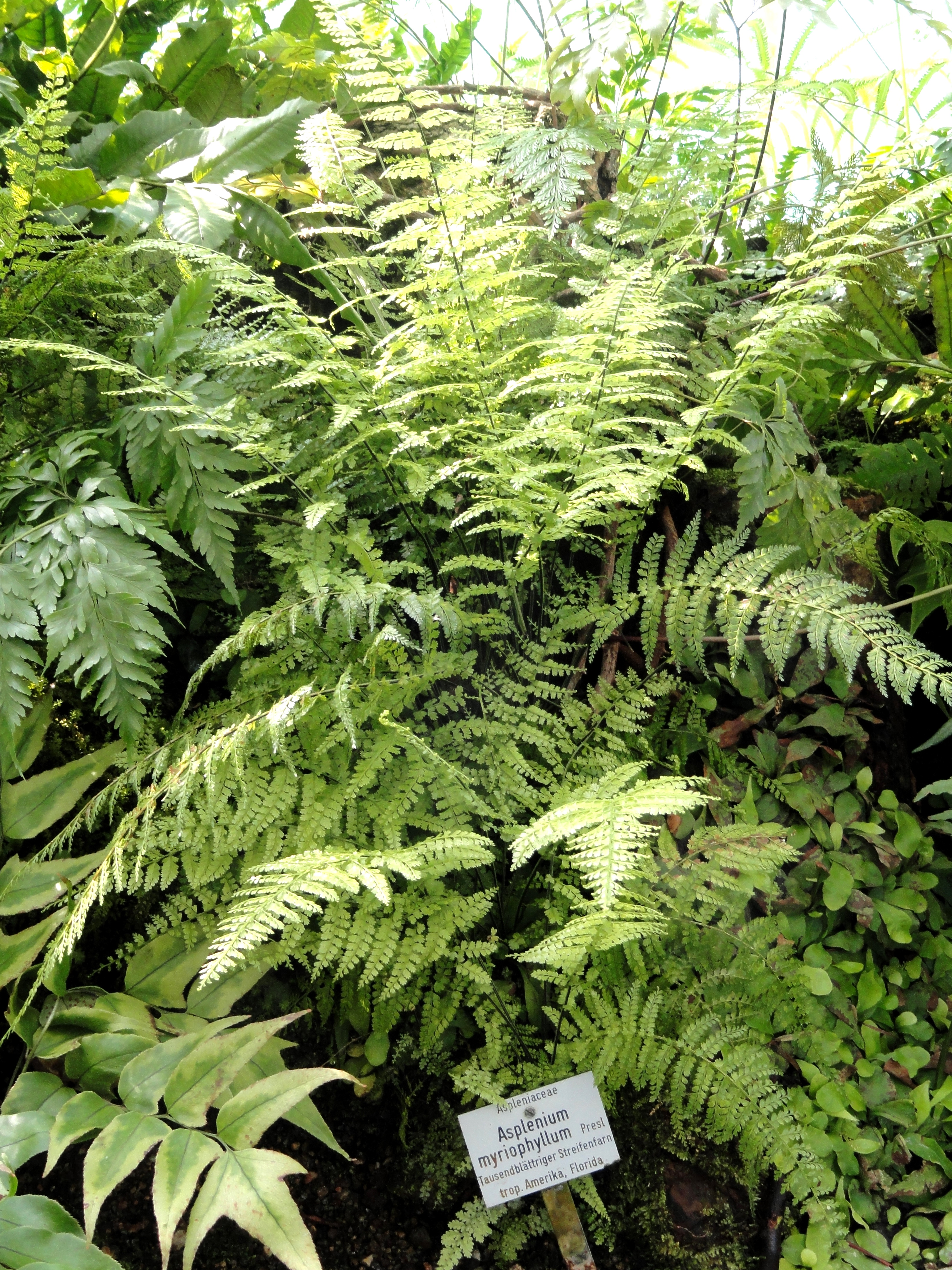 Myriophyllum (watermilfoil) is a genus of about 69 species of freshwater aquatic plants, with a cosmopolitan distribution. The center of diversity for Myriophyllum is Australia with 43 recognized species (37 endemic). Its name comes from Latinized Greek, "myrio" meaning "ten thousand", or figuratively "too many to count", and "phyllum" meaning "leaf". These submersed aquatic plants are perhaps most commonly recognized for having elongate stems with air canals and whorled leaves that are finely, pinnately divided, but there are many exceptions. For example, the North American species M. tenellum has alternately arranged scale like leaves, while many Australian species have small alternate or opposite leaves that lack dissection. The plants are usually heterophyllous, leaves above the water are often stiffer and smaller than the submerged leaves on the same plant and can lack dissection. Plants are monoecious or dioecious, the flowers are small, 4-parted and usually borne in emergent leaf axils. The 'female' flowers usually lack petals. The fruit is a schizocarp that splits into four (two) nutlets at maturity. The fruits and leaves can be an important food source for waterfowl, which are thought to be an important source of seed and clonal dispersal.