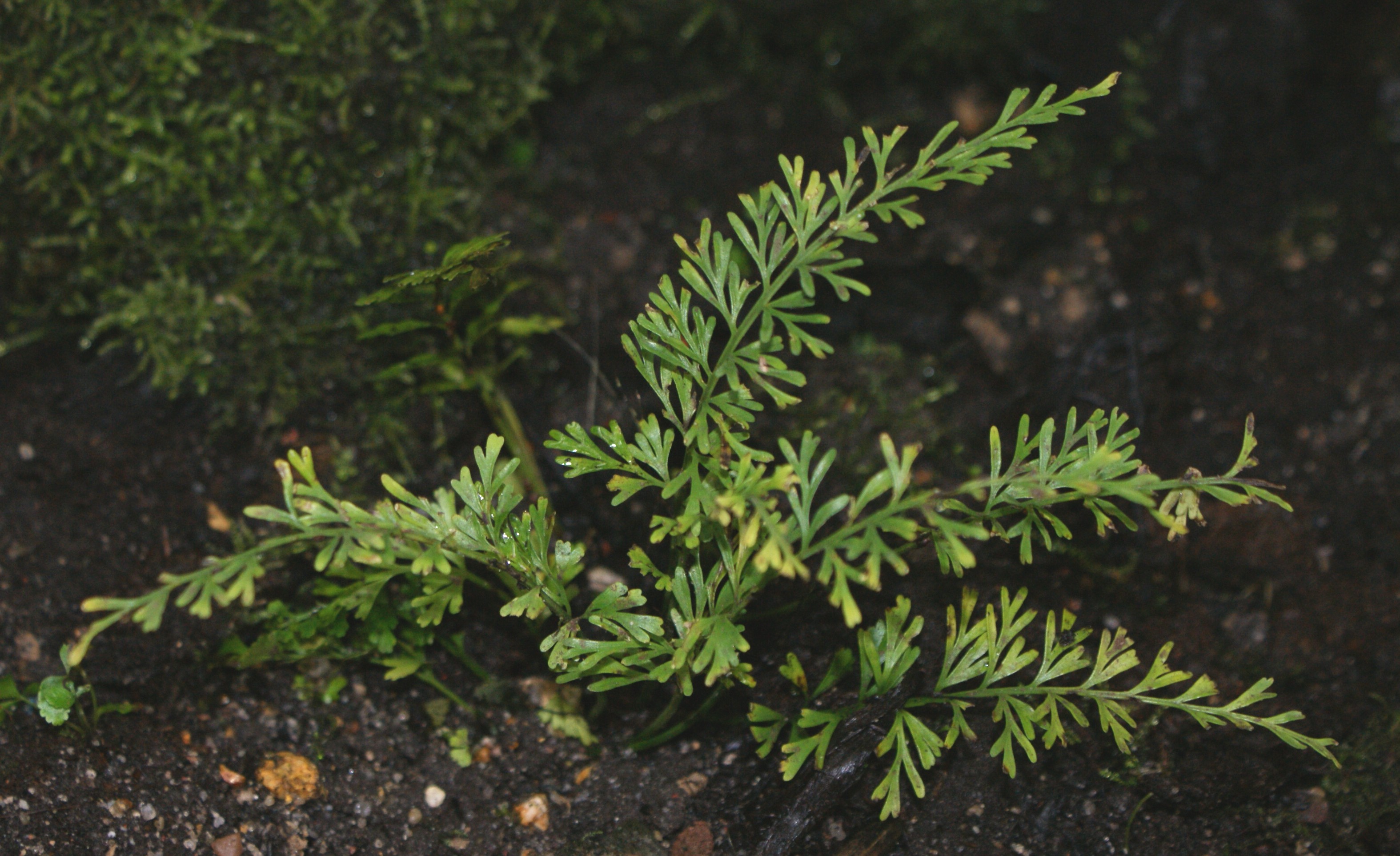 Asplenium is a genus of about 700 species of ferns, often treated as the only genus in the family Aspleniaceae, though other authors consider Hymenasplenium separate, based on molecular phylogenetic analysis of DNA sequences, a different chromosome count, and structural differences in the rhizomes. The type species for the genus is Asplenium marinum. The most common vernacular name is spleenworts, applied to the more "typical" species. A. nidus and several similar species are called bird's-nest ferns, the Camptosorus group is known as walking ferns, and distinct names are applied to some other particularly well-known species.