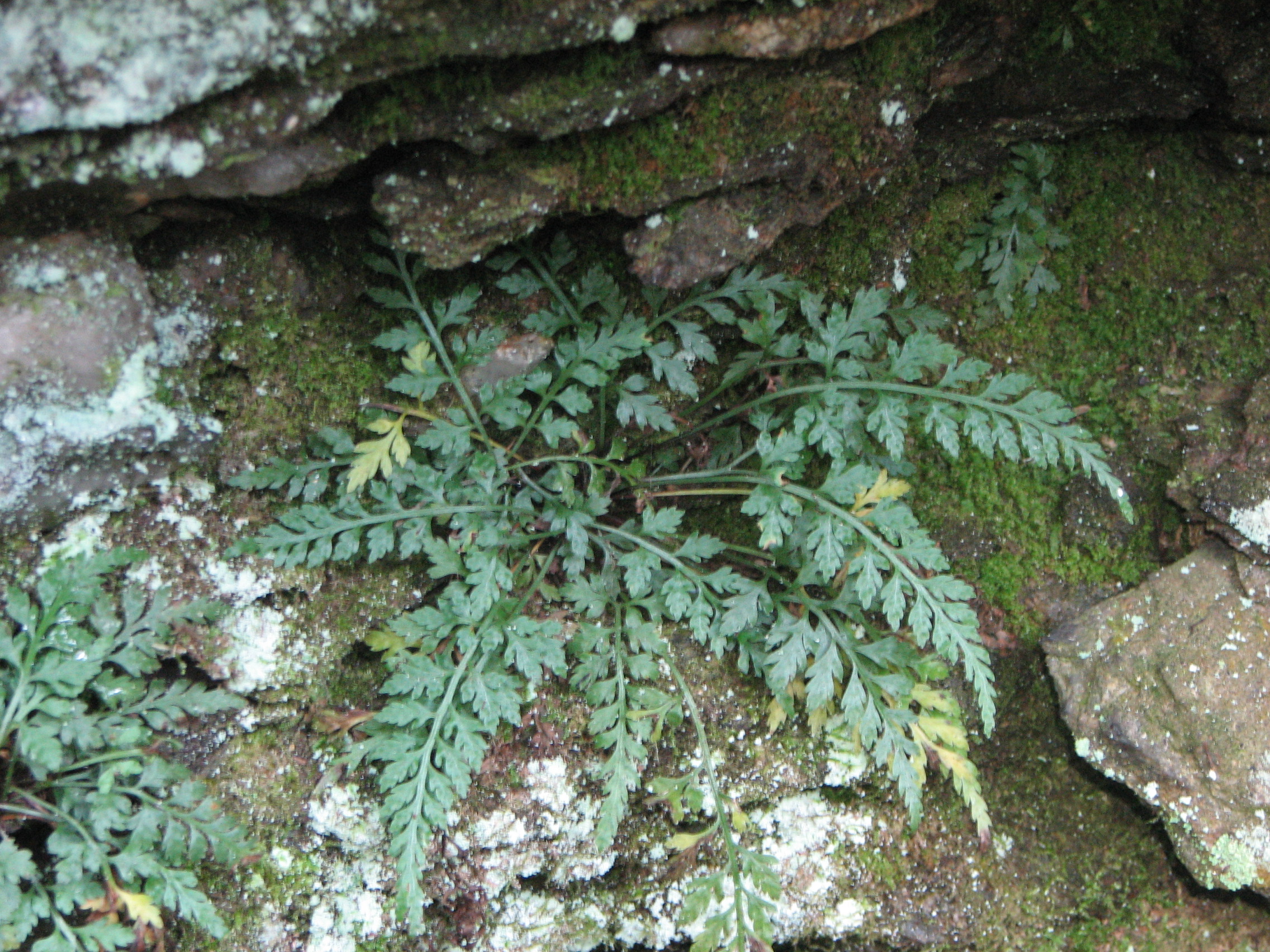 Asplenium montanum, commonly known as the mountain spleenwort, is a small fern endemic to the eastern United States. It is found primarily in the Appalachian Mountains from Vermont to Alabama, with a few isolated populations in the Ozarks and in the Ohio Valley. It grows in small crevices in sandstone cliffs with highly acid soil, where it is usually the only vascular plant occupying that ecological niche. It can be recognized by its tufts of dark blue-green, highly divided leaves. The species was first described in 1810 by the botanist Carl Ludwig Willdenow. No subspecies have been described, although a discolored and highly dissected form was reported from the Shawangunk Mountains in 1974. Asplenium montanum is a diploid member of the "Appalachian Asplenium complex," a group of spleenwort species and hybrids which have formed by reticulate evolution. Members of the complex descended from A. montanum are among the few other vascular plants that can tolerate its typical habitat.