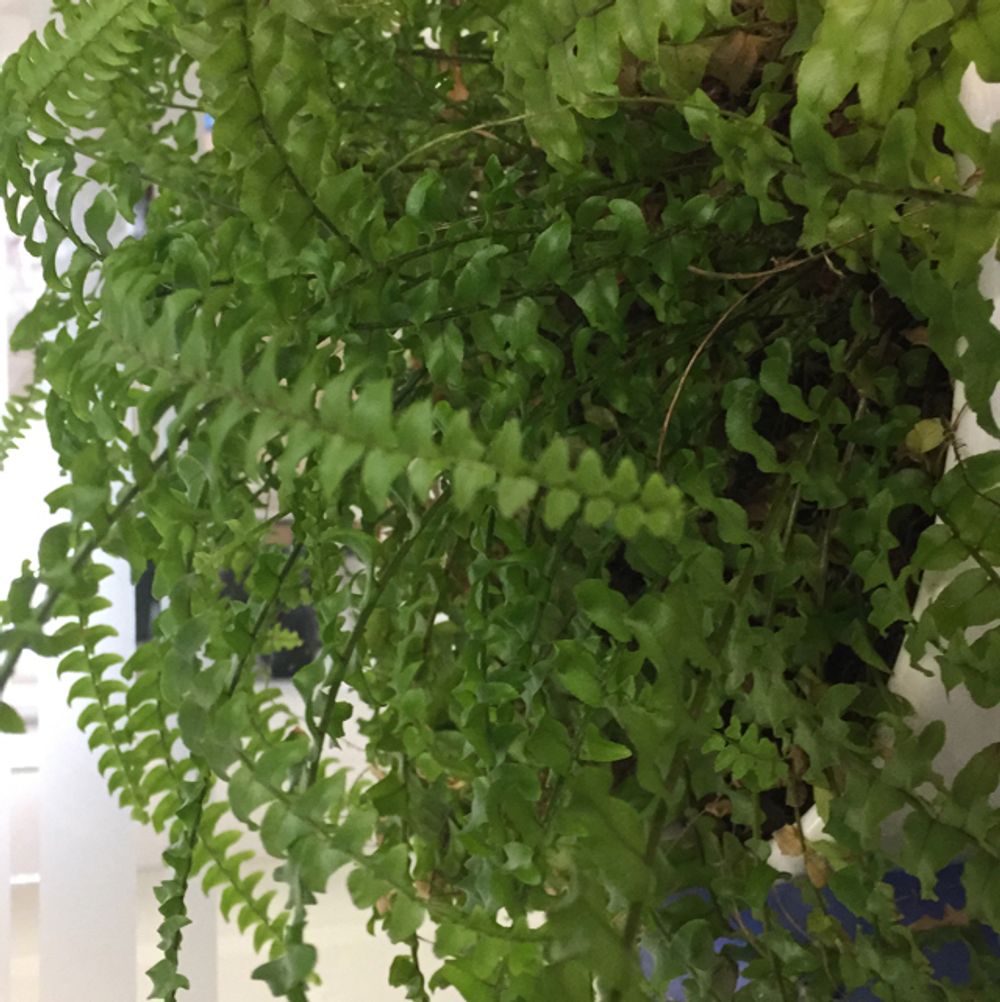 Asplenium platyneuron (syn. Asplenium ebeneum), commonly known as ebony spleenwort or brownstem spleenwort, is a fern native to North America east of the Rocky Mountains and to South Africa. It takes its common name from its dark, reddish-brown, glossy stipe and rachis (stem and leaf axis), which bear a once-divided, pinnate leaf. The fertile fronds, which die off in the winter, are darker green and stand upright, while the sterile fronds are evergreen and lie flat on the ground. An auricle at the base of each pinna points towards the tip of the frond. The dimorphic fronds and alternate, rather than opposite, pinnae distinguish it from the similar black-stemmed spleenwort. Ebony spleenwort has broad habitat preferences, growing both on rocks like many other North American spleenworts and in a variety of soils. Unlike many other spleenworts, it is not particularly sensitive to soil pH. It hybridizes with several other spleenworts, particularly mountain spleenwort and walking fern; these species, their sterile hybrid offspring, fertile allotetraploid hybrids, and backcrosses between allotetraploids and the parents are collectively known as the "Appalachian Asplenium complex". Two hybrids between A. platyneuron and spleenworts outside of this complex are also known. Ebony spleenwort is a small fern with pinnate fronds, growing in tufts, with a shiny reddish-brown stipe and rachis. The fronds are dimorphic, with long, erect, dark green fertile fronds, which are deciduous, and shorter, spreading, lighter green sterile fronds, which are evergreen. The ebony spleenwort is sometimes grown as a terrarium or garden plant. It can be cultivated in sandy peat, subacid garden soil, other gravelly, sandy or gritty soils,or potting mix under moist to dry conditions.[Both acid and alkaline soils are acceptable. Good drainage is essential, and the species will grow even in dry soil. Partial sun or low to high light is recommended, although full shade is tolerated. Plants are said to be easy to maintain once they have become established, but it has been described as "rather difficult" to grow in Germany. Conrad Loddiges found it necessary to use artificial heat to cultivate ebony spleenwort in Great Britain.