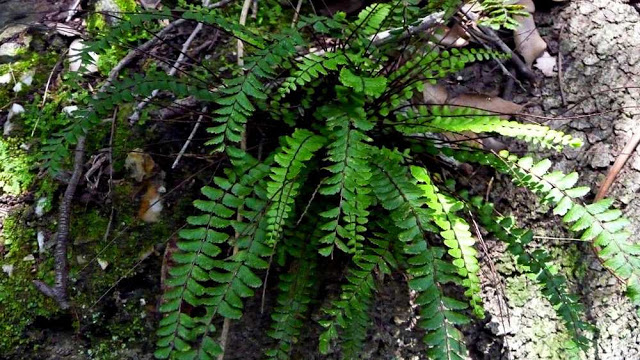 Asplenium tutwilerae (Tutwiler's spleenwort or Scott's fertile spleenwort) is a rare epipetric fern found only in Hale County, Alabama, United States. A. tutwilerae is a fertile allotetraploid, formed by the chromosomal doubling of a specimen of the sterile diploid A. - ebenoides, a hybrid of A. platyneuron and A. rhizophyllum. Except for its spores, which are fertile rather than malformed, A. tutwilerae is essentially identical to A. - ebenoides and was described as part of that species until 2007. It is named in honor of Julia Tutwiler, who discovered the only known wild population at Havana Glen in 1873.