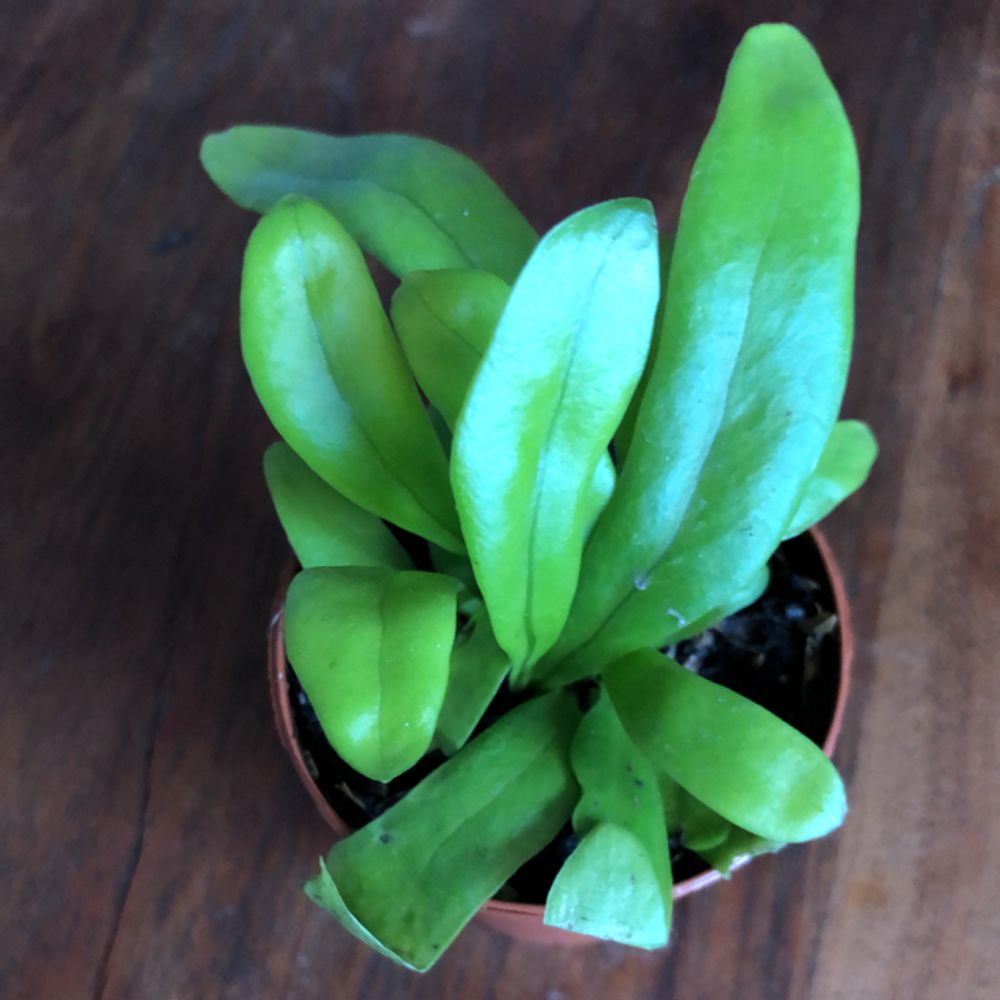 Asplenium is a genus of about 700 species of ferns, often treated as the only genus in the family Aspleniaceae, though other authors consider Hymenasplenium separate, based on molecular phylogenetic analysis of DNA sequences, a different chromosome count, and structural differences in the rhizomes. The type species for the genus is Asplenium marinum. The most common vernacular name is spleenworts, applied to the more "typical" species. A. nidus and several similar species are called bird's-nest ferns, the Camptosorus group is known as walking ferns, and distinct names are applied to some other particularly well-known species. Many groups of species have been separated from Asplenium as segregate genera. These include Camptosorus, Ceterach, Phyllitis, and Tarachia, but these species can form hybrids with other Asplenium species and because of this are usually included in a more broadly defined Asplenium. Some of the older classifications elevate the Aspleniaceae to the taxonomic rank of order as Aspleniales. The newer classifications place it in the subordinal group called eupolypods within the order Polypodiales. Within the eupolypods, Aspleniaceae belongs to a clade informally and provisionally known as eupolypods II. It has been found that in some species, the chloroplast genome has evolved in complex and highly unusual ways. This makes standard cladistic analyses unsuited to resolve the phylogeny of that particular group of ferns, and even very sophisticated computational phylogenetics methods yield little information. In addition to hybridization running rampant in parts of this genus, there are also some species like the mother spleenwort (A. bulbiferum) or A. viviparum which mainly reproduce asexually, essentially cloning themselves over and over again. While most are diploid or tetraploid, some species (e.g. A. shuttleworthianum) are octoploid.