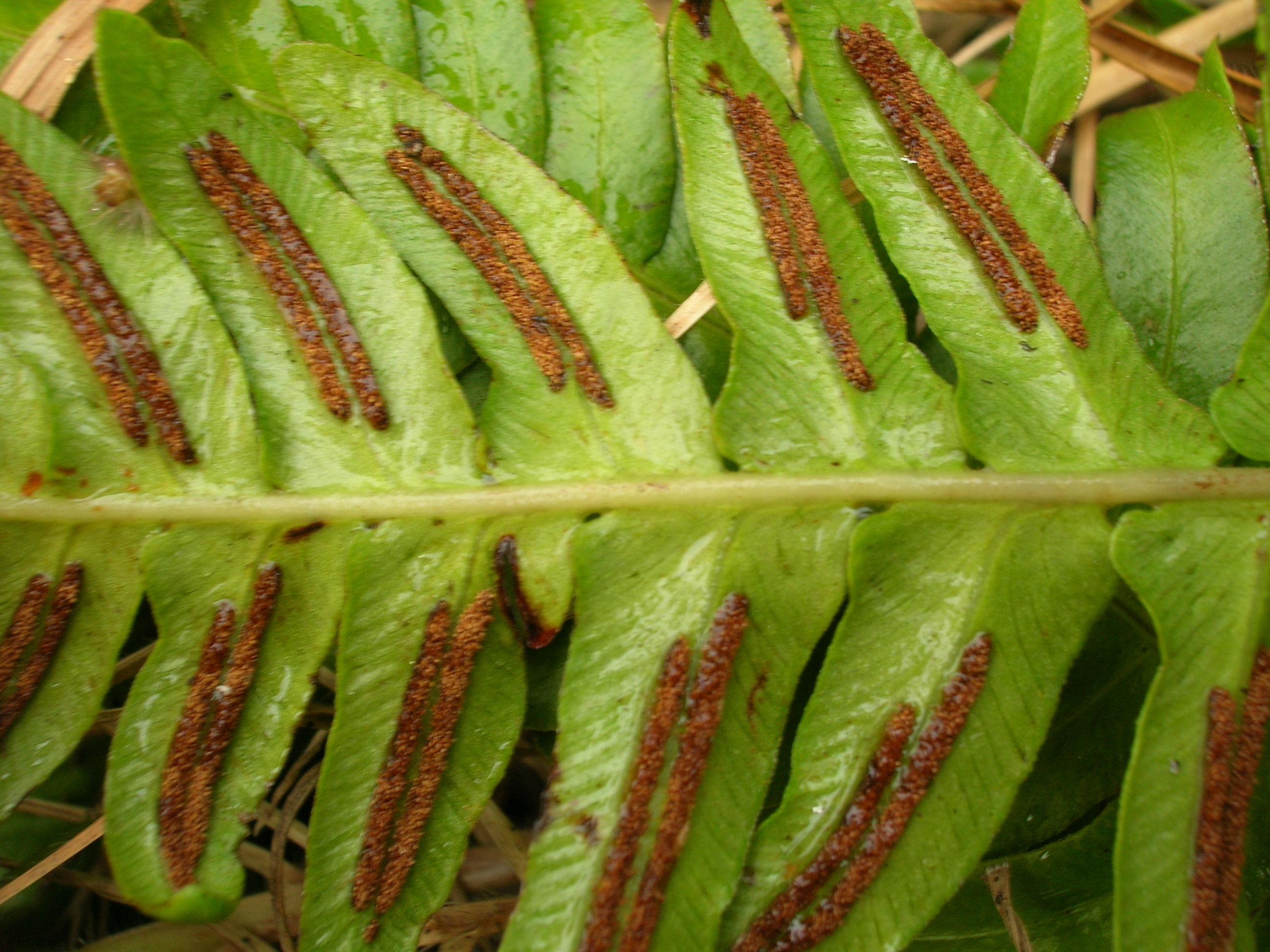 Rhizomes elongate, slender, branched; leaves - monomorphic, usually clumped; petiole grooved on upper (= adaxial) surface, straw-colored to light brown; leaf blades usually 1-pinnate at base, 1-pinnate-pinnatifid distally, sometimes mostly 1-pinnatifid, lanceolate, to ca. 23 cm long, the veins of the sterile leaves free; rachis sparsely or usually densely hairy, the hairs gland-tipped; pinnae with margins - entire, the larger ones curved, to ca. 4(-8) cm long; sori elongate and continuous along most of the length of the midveins of the pinnae or pinnules; 2n = 124 (tetraploid; Mickel &amp; Smith 2004). In TX in granite crevices (apparently protected from sun for most of year), in other parts of the range terrestrial in forests or among or over rocks; in the state known only from Llano Co. (Enchanted Rock-Seigler &amp; Lockwood DS-8932, J.L. Blassingame 4060, BRIT, TEX-LL; C. Ellis et al. 4541; J.L. Blassingame &amp; W.D. Pohl 3912, BRIT; P. Douglas 486, HPC); FL, GA LA, and TX; also Mexico and West Indies to South America. Sporulating Dec-Mar--. [B. occidentale L. var. minor Hook., B. occidentale forma pubirachis (Rosenst.) Lellinger, B. occidentale var. pubirachis Rosenst.] This is predominantly a tropical species with Seigler and Lockwood (1975) noting, -All of the United States populations probably have arisen from spores blown by the wind from Mexico or the West Indies.- It is closely related to and has long been treated as an infraspecific taxon within B. occidentale (e.g., Nauman 1993e). That species is not known from the U.S., and differs in having glabrous rachises, larger leaves, and in the tropics, generally growing at lower elevations (Lellinger 1985; Mickel &amp; Smith 2004). Mickel and Smith (2004) noted that morphological differences between B. appendiculatum and B. occidentale (sensu stricto) -appear correlated with differences in elevation and pubescence, and there are relatively few specimens that are difficult to place in one species or the other.- We are therefore following Mickel and Smith (2004) in recognizing this taxon at the specific level. Blechnum appendiculatum (as B. occidentale var. minor) is reported to reproduce extensively by stolons as well as spores (Nauman 1993e). The extremely elongate sori (along most of length of pinnule midvein) is quite distinctive among TX ferns. Given its rareness and limited distribution in the state, we consider this species to be of conservation concern in TX.